Lots of shakin' going on 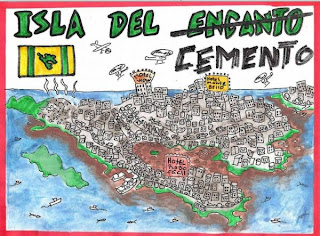 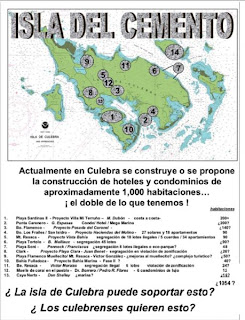 On the world front, the money folk are trembling and casting fear like moldy bread on the waters. On Culebra, a flyer has appeared taped to businesses around the island, going after developers (many of whom break laws with no thought or care for the environment or the future of this island, who continue to arrogantly ignore restrictions and stop orders and some of whom will never live here, but rather, line their pockets and head home when done, regardless of the failure of their construction to function, due to the inadequate infrastructure here - inadequate for what they want to do, not for life as it should be here) and causing a wave of Wow. As a caveat, I have been told that some of the information on names is incorrect and I believe the person who told me. However, that is not the majority, and the mis-information will be addressed. As will the those whose names that are correct.

Being from the old era of "if it pisses you off, say something to the ones who need to hear it" era, I love this. As we are only weeks away from the election of a mayor for the next four years, with the current mayor, who is called The Sleeping Mayor (who is running for re-election, after being mayor for four years previous to the last mayor) being the one who let in the largest, ugliest group of buildings ever put on Culebra versus a man who is environmentally, politically and personally involved in working for the true best of Culebra and her people, this flyer is gasoline on a fire that is already burning. We'll see what happens next.

Tap tap tap...is this thing on?

I don't know quite how I got from reading someone's blog and trying to change it from Spanish to English to making my own blog, but hey, there are only 18 zillion blogs out there, why not mine?

Culebra is my home but I am not, truly, a Culebrense. Would have been nice, but I didn't have those parents. Instead, I've been adopted, a long process and a good one. I still speak like a one year old in Spanish, but it all works, because people here are kind and generous with my long slow attempts. Plus the fact that I'm excellent at sign language. You want chicken breasts? This is one of the easier ones to do in sign language if you at least know that pollo is Spanish for chicken.