While the Kids are Away...oh Deer!

La familia went to the Kate Wolf festival yesterday, as they do every year. Yes, I would have liked to have gone, but it was sold out and lucky for them, I didn't know the whole line up until the last minute or they would have seen me sobbing in the driveway as they pulled away. If you click on the link, you'll see all I am missing. And a da..dagnabbit BABY gets to go??

But I am a mature adult and turned my time into other diverting pursuits. Like rejoining Netflix and stumbling upon a strange British show called Happy Valley. Trust me, it is not a happy valley, but it quite addictive, as I noticed when it appeared to be getting lighter outside. I'm quick like that.

On waking, there were things to do before heading over to my daughter Sarah's place later today. A deep watering of the gardens - my just planted from last weekend tomato has blossoms! The peppers have buds! I'm way behind Alliena in her planting but the plants don't care and neither do I. Most likely I won't be around for the fruiting but there is just a serenity and quiet joy in playing in the dirt with plants that is one of the best drugs I know. Corn, radishes and lettuces, micro greens and chard and plants for dying clothes and more, every day is something new happening.

Once I got here it didn't take long to find Charlotte the plant lady and get a Sungold tomato plant from her again this year. These bright orange cherry sized tomatoes are the sweetest tasting tomato I've ever had. I tried last year not eating the red ones, which were amazing, and the Sungold's together because the Sungold's dull the taste of the rest. I know, I'm prejudiced! So when Alliena told me she hadn't planted one, I was on a mission. Hooray for Charlotte!

After the long watering session it was time for a coffee and reading. I was standing in the doorway of the Turtle and scanned the field  thinking, oh well, I'm way past morning deer thirty, when there on the high side, nibbling on the grasshead seeds, there they were. Lazy bones! 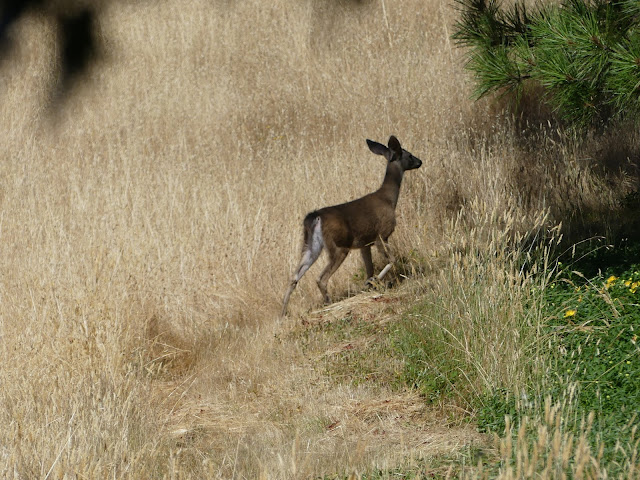 They didn't exactly run and didn't exactly stroll, but there was clear intention to get back to the woods. Sorry, deer, I didn't mean to interrupt your grazing. Well, only a little.

Have a serendipitous Saturday. Do something selfless (no Iko, I don't mean you pretty much).

On a road outside of Garberville is a pretty huge tourist spot called the Legend of Big Foot along the Avenue of the Giants (redwoods giants, not Bigfoots). We passed it and decided to stop on the way back. Hokey for sure but there were some fun things there among the weird gnomes and rocking metal and stone peacocks and roosters - which were actually pretty cool except there were so many that you had to really look at them to see how cool they actually were.

The Big Foot thing is everywhere around this area. When we were driving to the wedding we passed a building that had a huge mural painted on its street facing side. Gorillas doing all sorts of things, using machinery, eating, playing. I mentioned it to Dave, wondering what on earth that was about. It finally dawned on me that these weren't supposed to be gorillas, but rather, Big Foot. Local culture. They still all look like gorillas to me. If I mentioned all that before, oops.

Yesterday I walked to the Post Office, not a long walk but definitely not a Culebra walk, well, almost not. Switching back and forth on the blind corners to avoid the occasional faster than you should be going driver, I saw a big black dog wandering into a driveway. BIG. I went to the other side of the road and didn't make eye contact, it was fine.

After the PO I went across the street to the lumberyard for some paint supplies and talked to the young woman I'd met last year, while trying to get back home after the storms. I told her about the dog and she said, oh! I'll call that guy, we have to call every couple of days, he's a bad dog. Oh goodie! I walked through the VERY large property of the lumberyard and avoided seeing him again. It sort of felt like home.

So go the days.

A New Restaurant in the Cove!

About 15 or 20 minutes from where my son lives is Shelter Cove a taste of Venezuela awaited. Down and down and down a pretty decent road with plenty of switchbacks, there is one spot on the way that opens up to the ocean view. We'd gotten a call that it was clear (as opposed to totally fogged in) and warm (as opposed to shorts and t-shirt weather here and jacket and warm clothes weather there). Add in a new restaurant, we were on our way!

The building that holds Mi Mochima had been sitting empty for ages, slowly getting that seriously abandoned look. Its A frame design and amazing views seemed like a great spot to put in another restaurant but it just wasn't happening since I'd first seen it years ago. Now it's very happening! And why I didn't take a photo of it from the outside has only one good reason - it was so  unusually windy that little dust/sand storms were dancing all over the place, not good for my eyes or for the camera. Next time.


After dinner, we headed back to the lighthouse to walk off that oh I can't believe I ate so much feeling. And because this is one of my favorite places at the Cove. And because there is a bar there, where a real drink could be had...too bad they don't let kids in. We took turns playing outside with the girls while the bigger people had a drink. 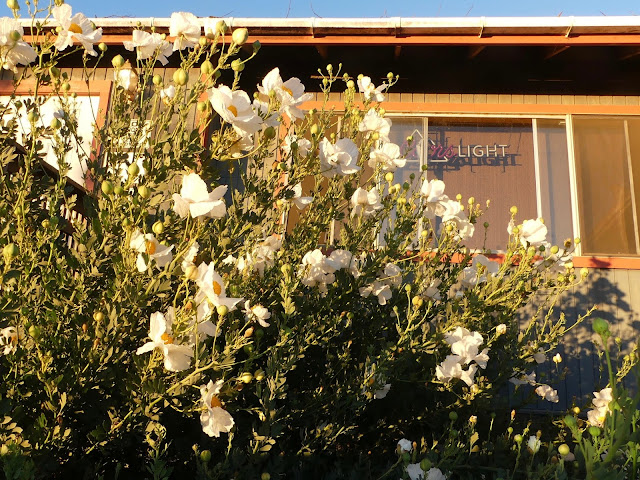 A few views from this spot.

I grew up beachside in Florida and the only river I ever did a float on was the Wekiva in central Florida. I thought they were all like that, lazy floating on the currents, the occasional little whirlpool spinning you around, like that. What we did on my birthday was sort of like that but not really at all. First of all, my float (since I couldn't kayak with my arm wanting to sob just looking at the paddles) was for two people, not one, making it a little unwieldy. Second, the kayak people basically had to paddle the whole time. Like four hours of time. Against the wind. It was enough to induce guilt in the coldest of slave owners whose slave happens to have been my son. However...I persisted.

I woke up very early and my first thought was, it's freaking COLD here, the water is going to be wicked cold, what the hell was I thinking?? But Dave assured me that the Eel River is nothing close to as cold as the Mattoll and he was right! By the end of the afternoon with the air cooling, the water was still much warmer. It's amazing that two rivers so close to each other can have such different temperatures. 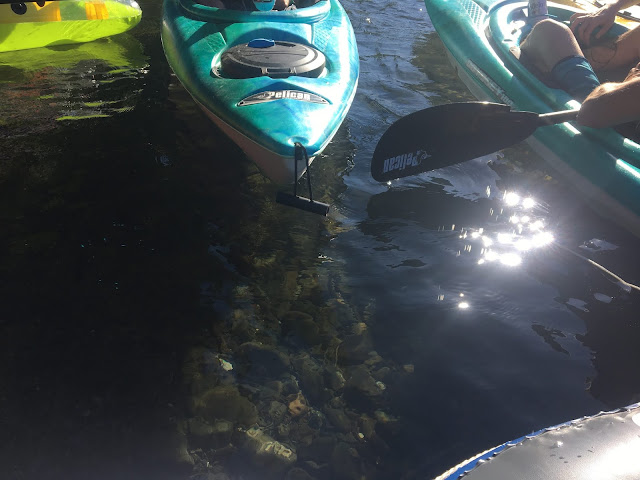 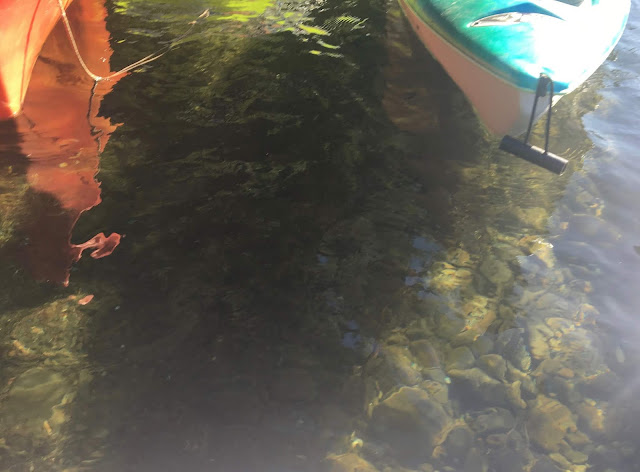 It was a beautiful day with family and friends. I was too wired to sleep. We'll have to do it again but next time I want an inner tube. With a pocket. And a wine cooler. And a sushi chef at the end of the ride. We have to have dreams!

Have a saturated Saturday. Do something sumptuous.