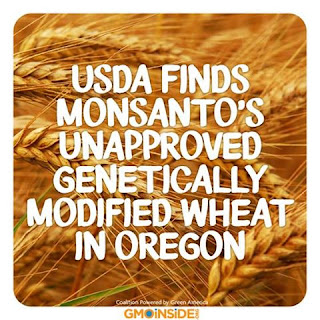 Just to remind you (and me): the whole reason for going to San Juan/Santurce was for the March Against Monsanto. We march. We protest, we sign petitions, we write letters, we make calls. But in the last couple of days, a situation has come up that will be incredibly important to the US in a number of aspects, one being its collected small voices against Monsanto, raising the level and the pitch of the conversation; Monsanto is the one who 'engineered' it, ironically enough. A situation that will effect our country economically, the state of Oregon specifically which can be read about here. And now, back to the fun parts!

Marching for anything works up a thirst and while some have to do with water from a canteen in a desert, we were incredibly fortunate to be able to mosey down the blue cobbled streets of Old San Juan and slip into an old bar there, wetting our whistles with beverages of choice.

Sitting across the street, at one of a few tables perched above the barrio / neighborhood of La Perla, we could watch the world of Old San Juan go by. Sometimes that world came to us as old friends of Peri's stopped to chat, including Serena; with her, we didn't have to explain what we were doing there.

This is a street full of made and broken dreams, a street full of windows that have watched warships and yachts and strollers and fighters. This day, it was a street of peace, great people watching, laughter. It was even the saint day of Baby Jesus. How peaceful can you get? Ok, maybe that's not such a good example. 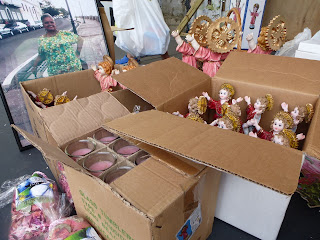 I had it explained to me that each 'shrine' for lack of the proper word, would be adorned with hundreds, nay, thousands of flowers. Whatever saint was having his or her day would be displayed, along with lots and lots of mini statues, which would be given away at the end of the...the end of this. I'd never heard of this and it doesn't happen on Culebra, at least not in this grandiose fashion. This particular work would be in honor of the woman in the photograph, a much beloved member of the neighborhood passed on. I liked her face, strong, wry, strong. 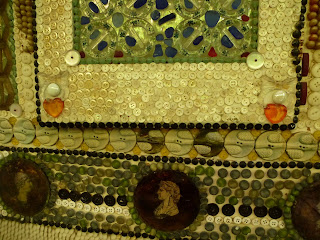 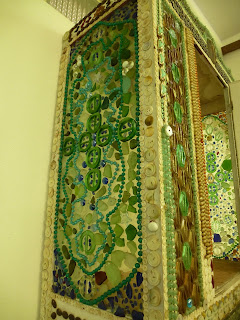 Have a tender Thursday. Do something 'to thank'.

Email ThisBlogThis!Share to TwitterShare to FacebookShare to Pinterest
Labels: March Against Monsanto pt 3

San Juan and Beyond

Like Bed, Bath and Beyond but very, very different, though a bed was involved in our little trip to San Juan/Santurce. It was a little trip with a big trip wrapped inside, a surprise ball that unraveled spilling one little delight after another, even in the seriousness of the cause. 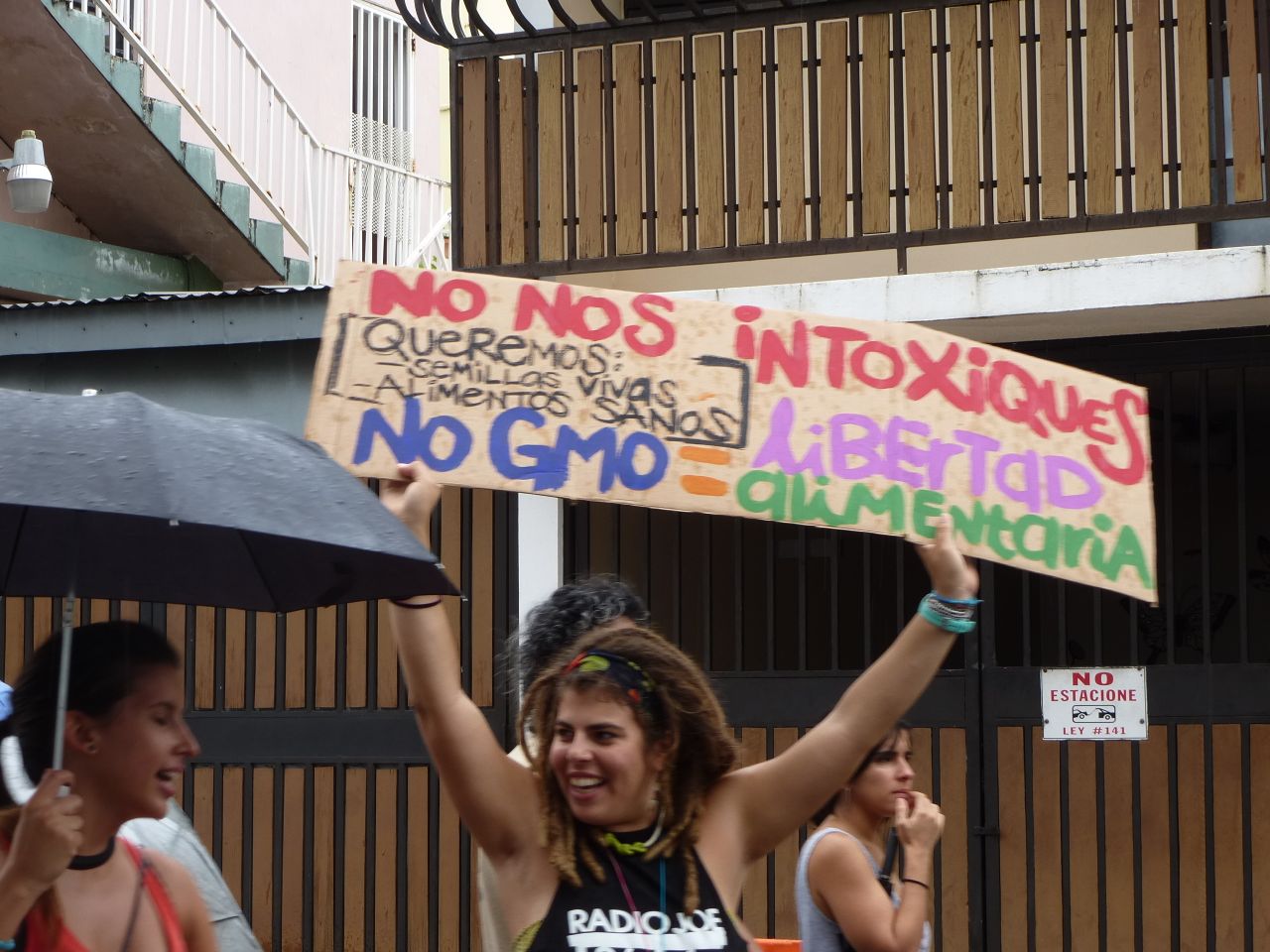 We laughed a lot, smiles in the midst of a cause that holds so much madness, Monsanto's tentacles spread like some horror movie creation, a painting that looks almost bucolic until, in true horror movie fashion, you see a twitch here, a serpentine wriggle there and realize the whole scene is actually a slowing rising monster.


The townspeople, townspeople of the world, sleep unaware. Except the little boy and girl, best friends, who see it and start running about, trying to tell their parents, their friends, and finally strangers of the danger, the most dangerous danger. Instead of being alarmed, they are patted on the head; they're known for vivid imaginations. Then finally, an adult, usually the well traveled, rough but kindly stranger rides into town and having no deep seated town contentment wrapped in slumbering oblivion, believes the boy and girl and calls a town meeting, firing a few shots off instead of calling the mayor, who was one of many mayors (and governors and powers that be) who secretly invited the monster to town. Even and especially Puerto Rico town, where the monster was invited in many decades ago...

The people, very very very slowly, after 100 years, start to pay attention, but only because there seems to be a few problems, maybe more than a few and maybe they can blame the monster. Maybe they should. The wells went dry because of the droughts, but wait! what is that in the well? It's big, it's moving, it's...connected to why the cows went dry (or, in the case of Monsanto, why the cows didn't go dry but instead produced an abundance of very dangerous milk, a flood of milk, waterfalls of milk, spilling across the land - you can read Monsanto's version and then the other side of the story - this link is from 1998, and not much has changed since). A few more listen but many don't. Especially the mayor, fat and happy and wearing his Monster Emperor's new clothes. 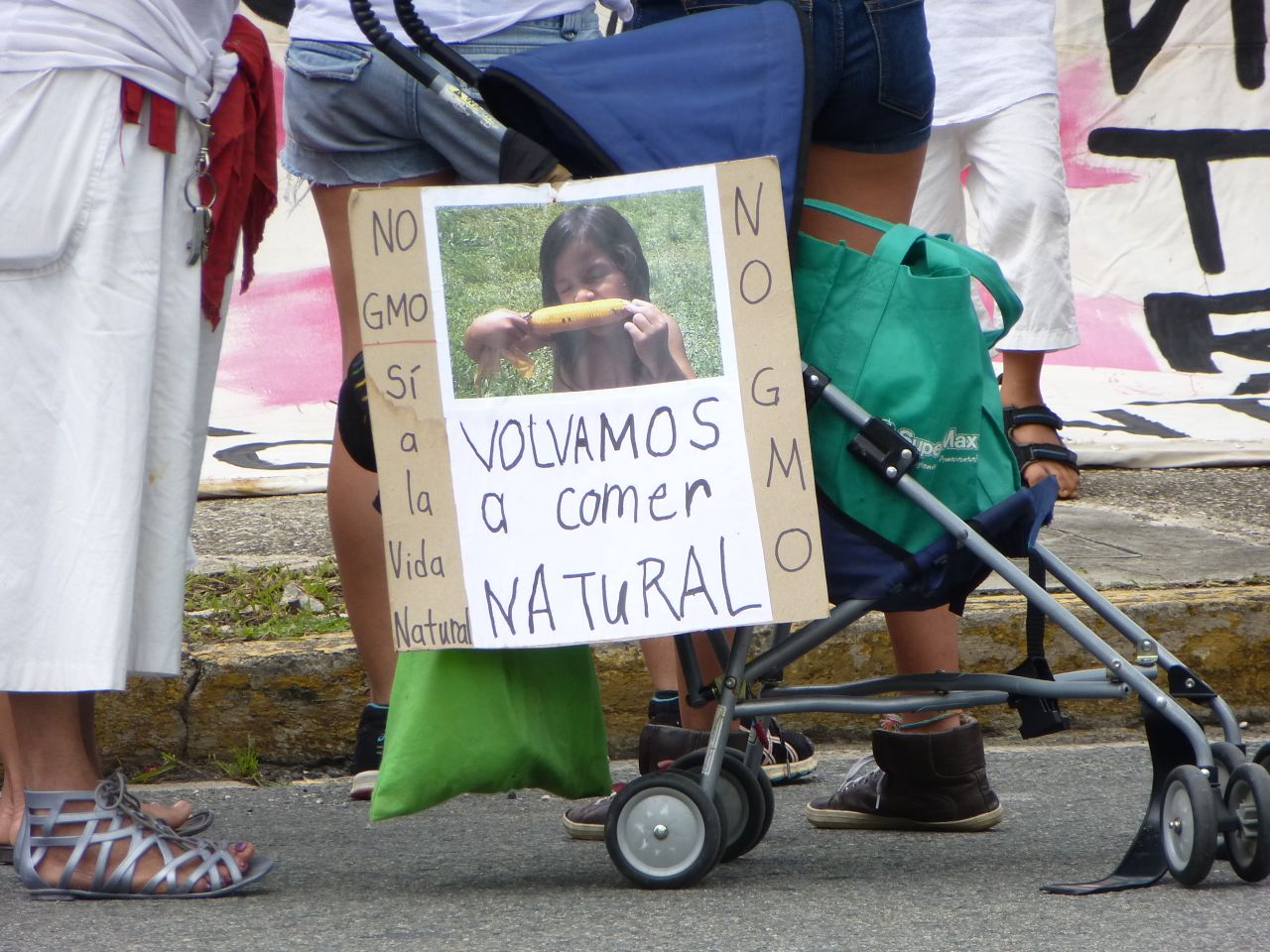 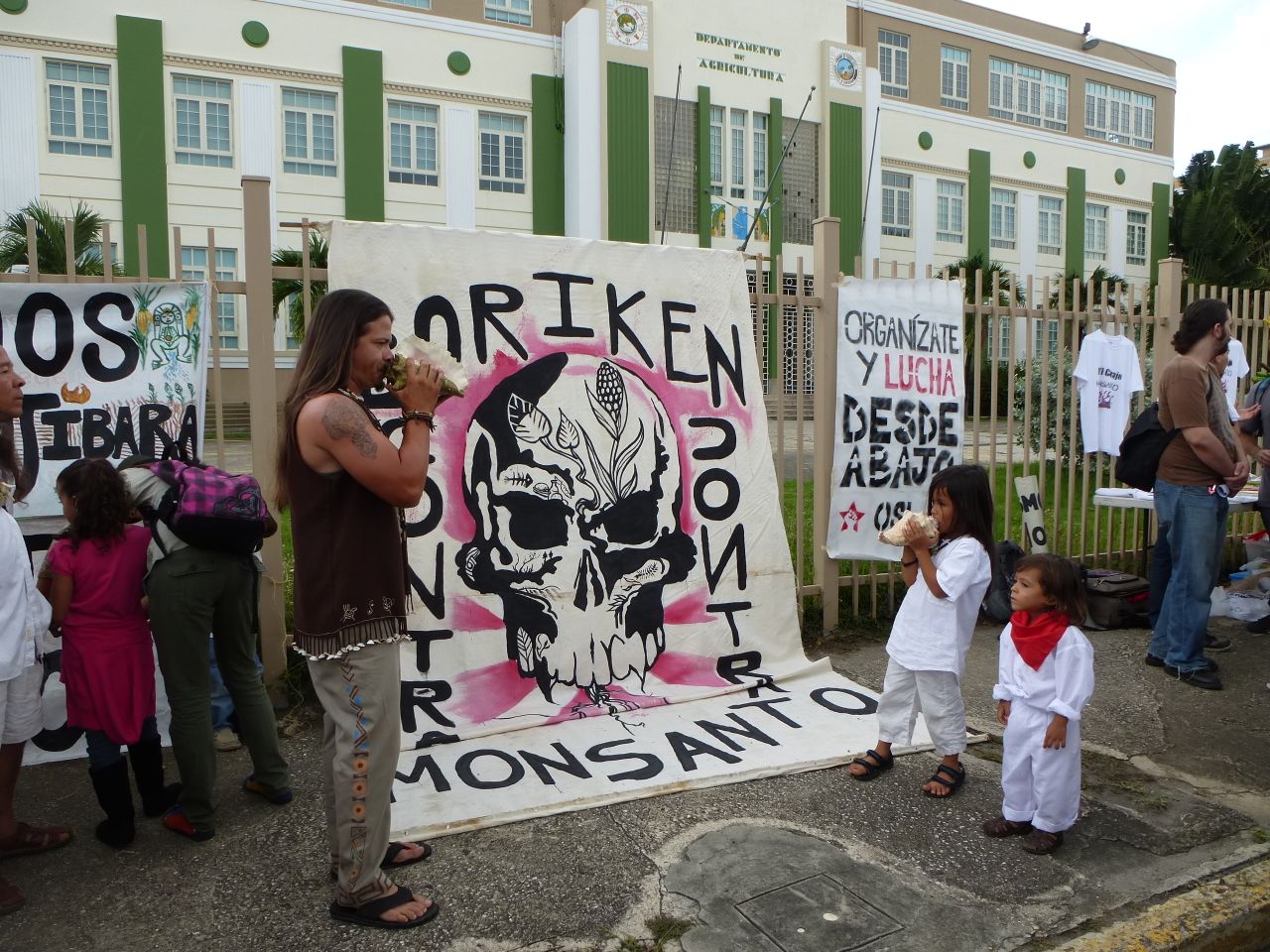 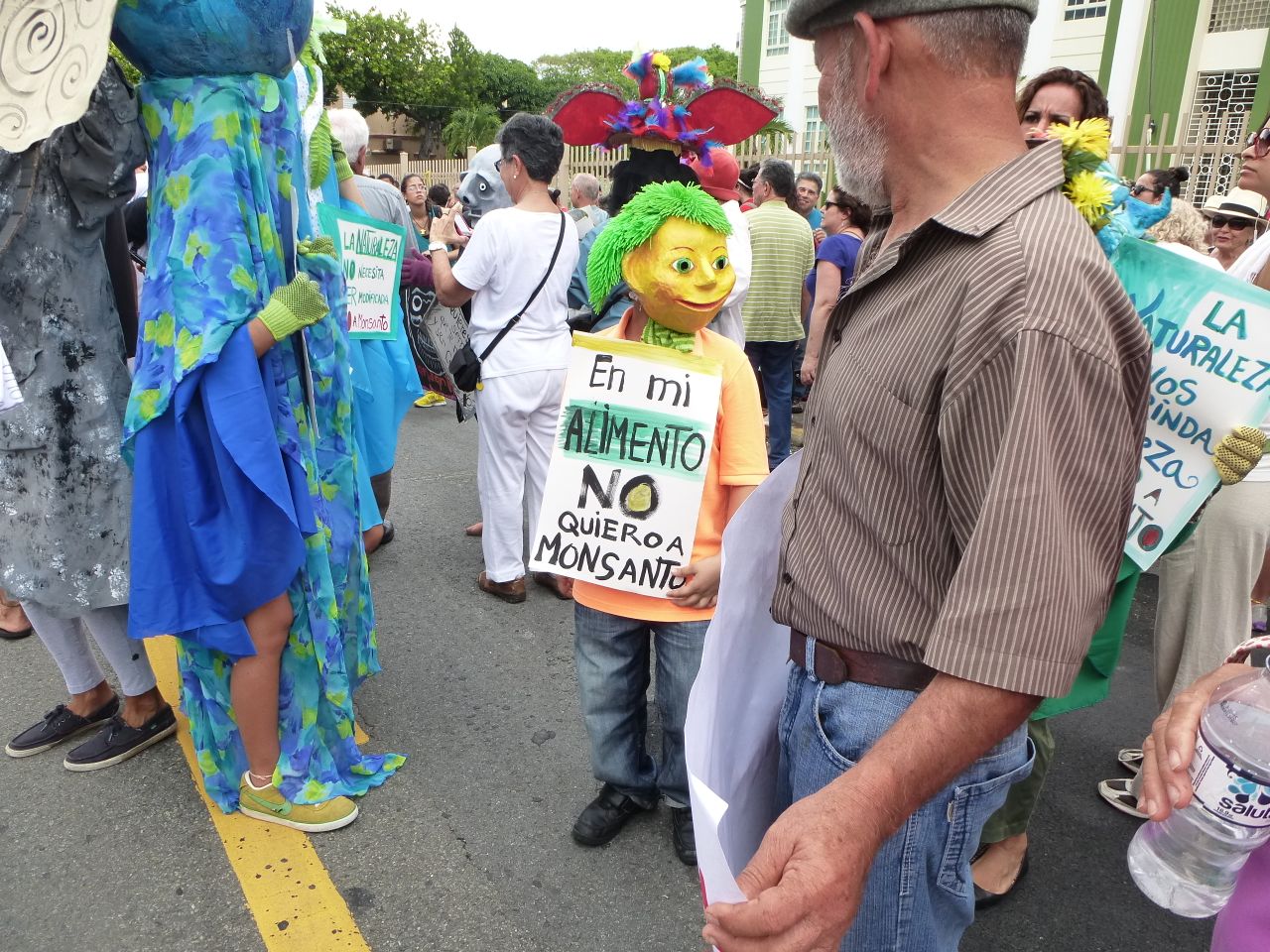 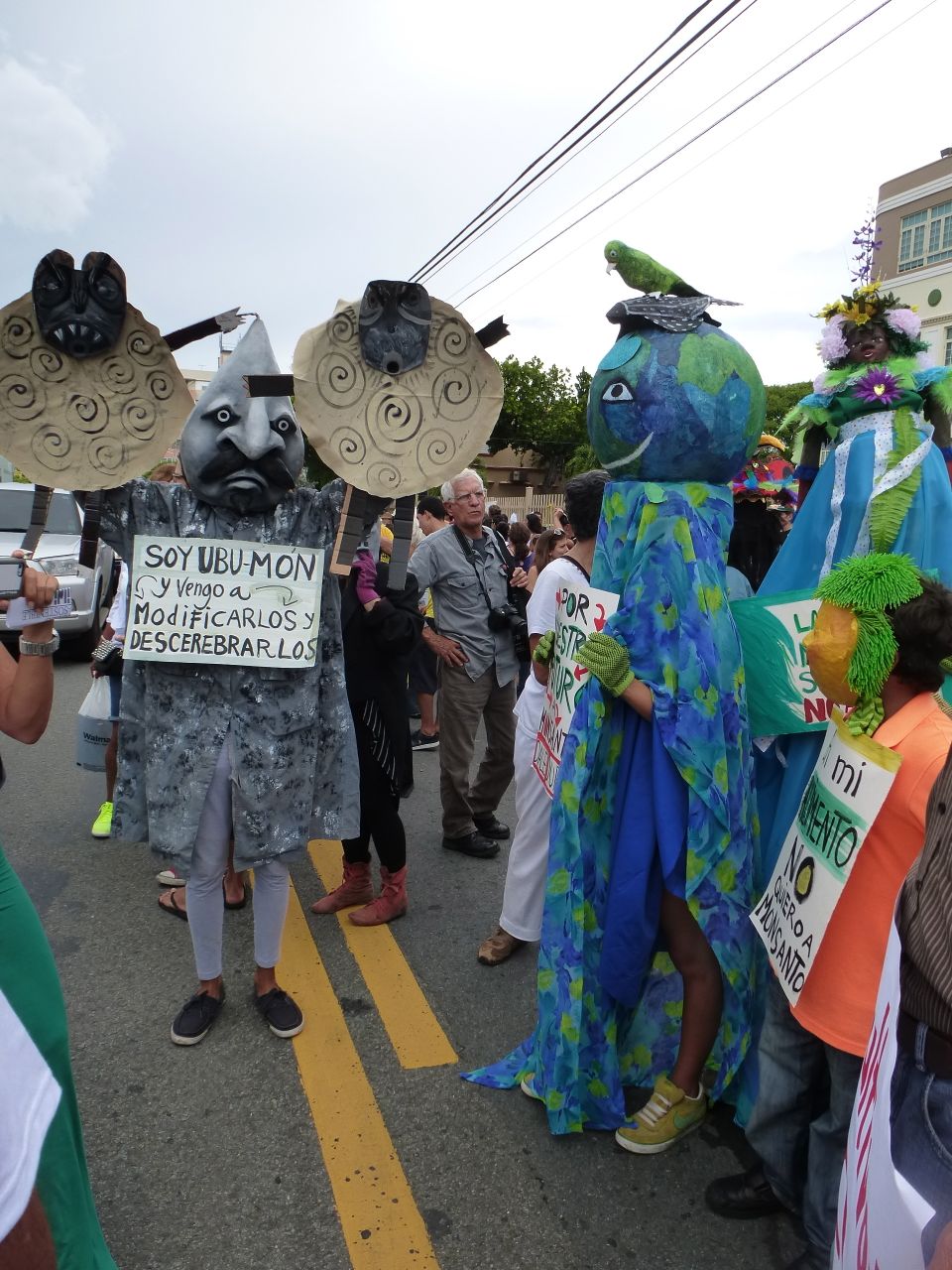 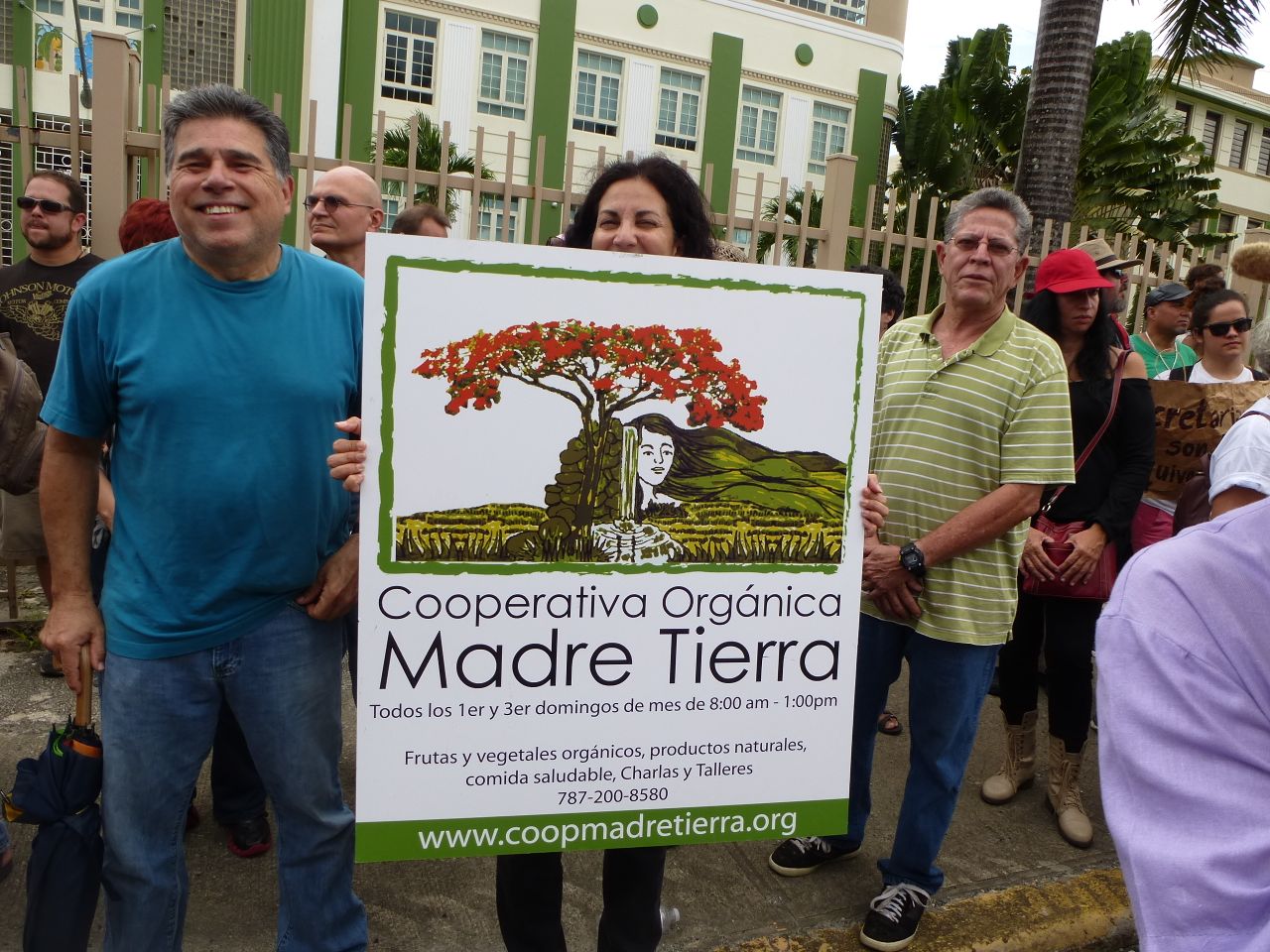 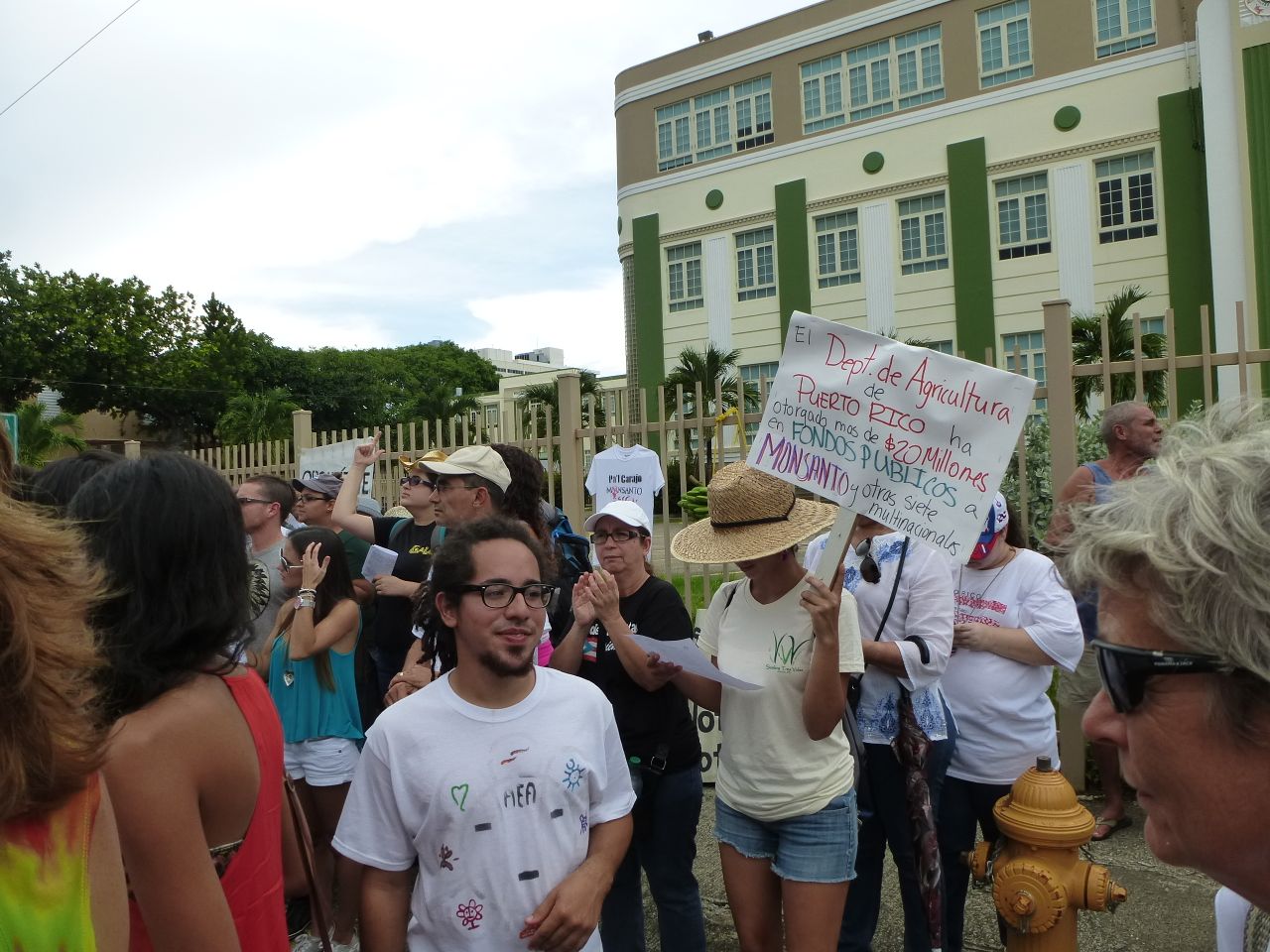 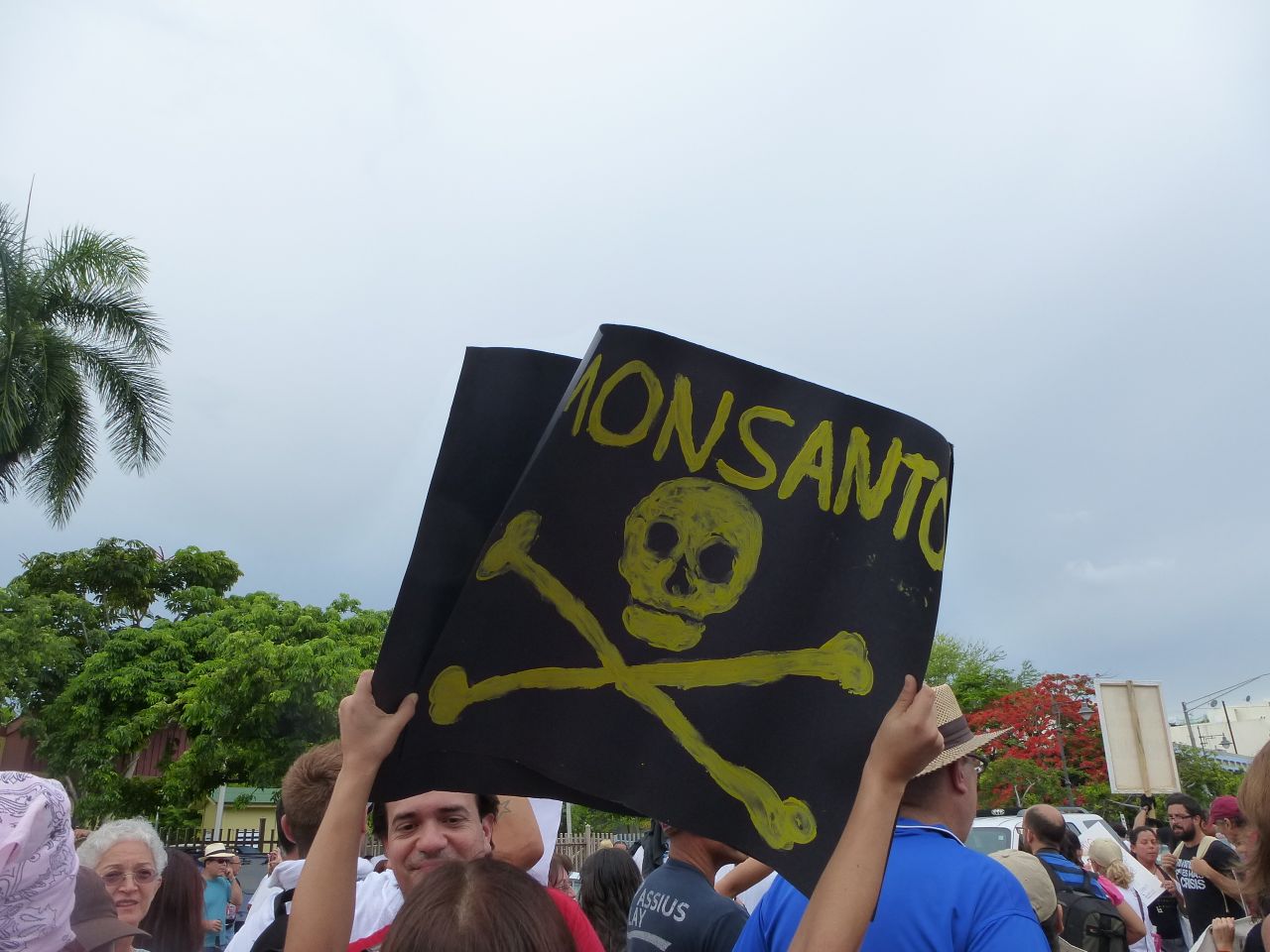 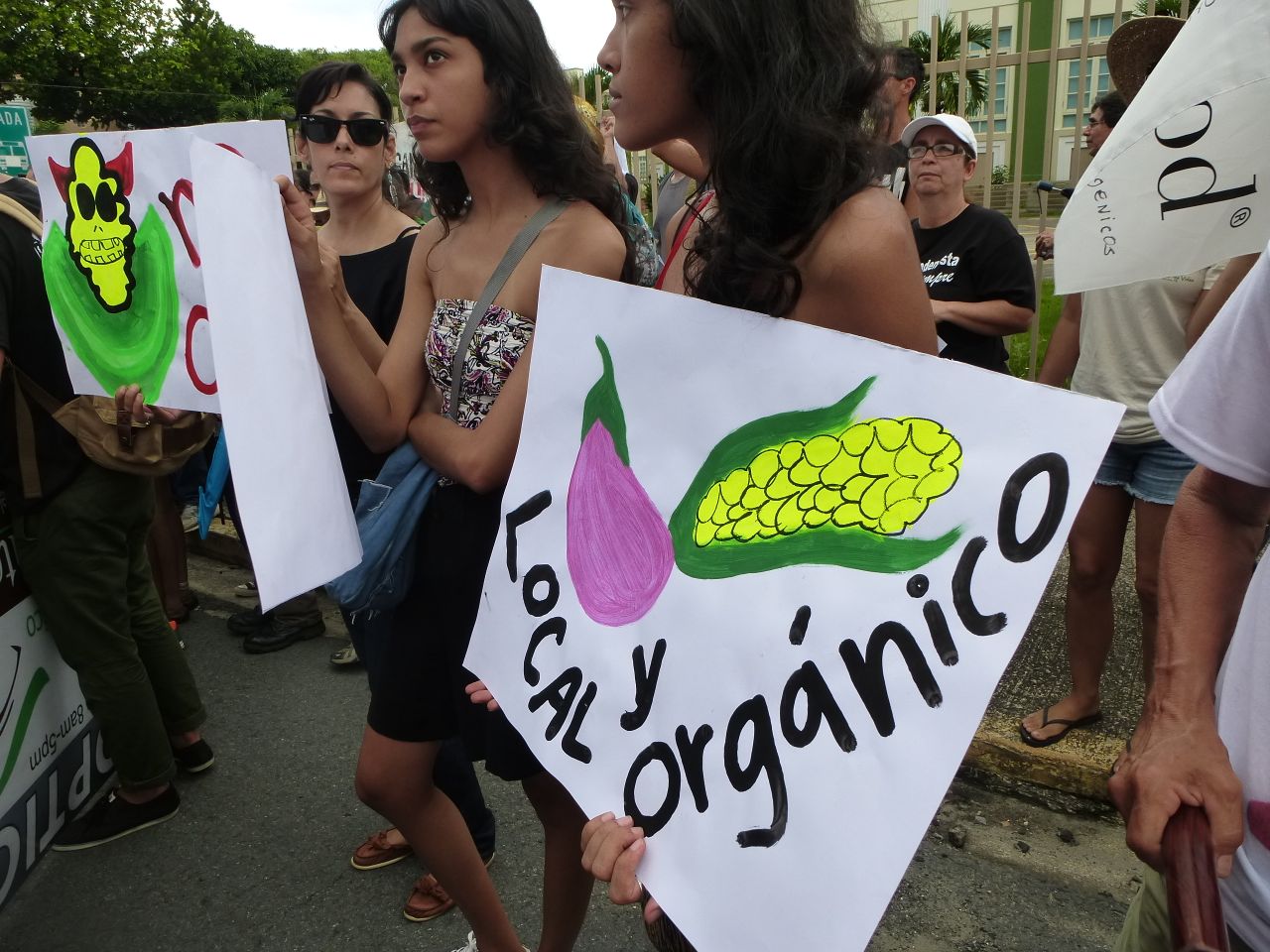 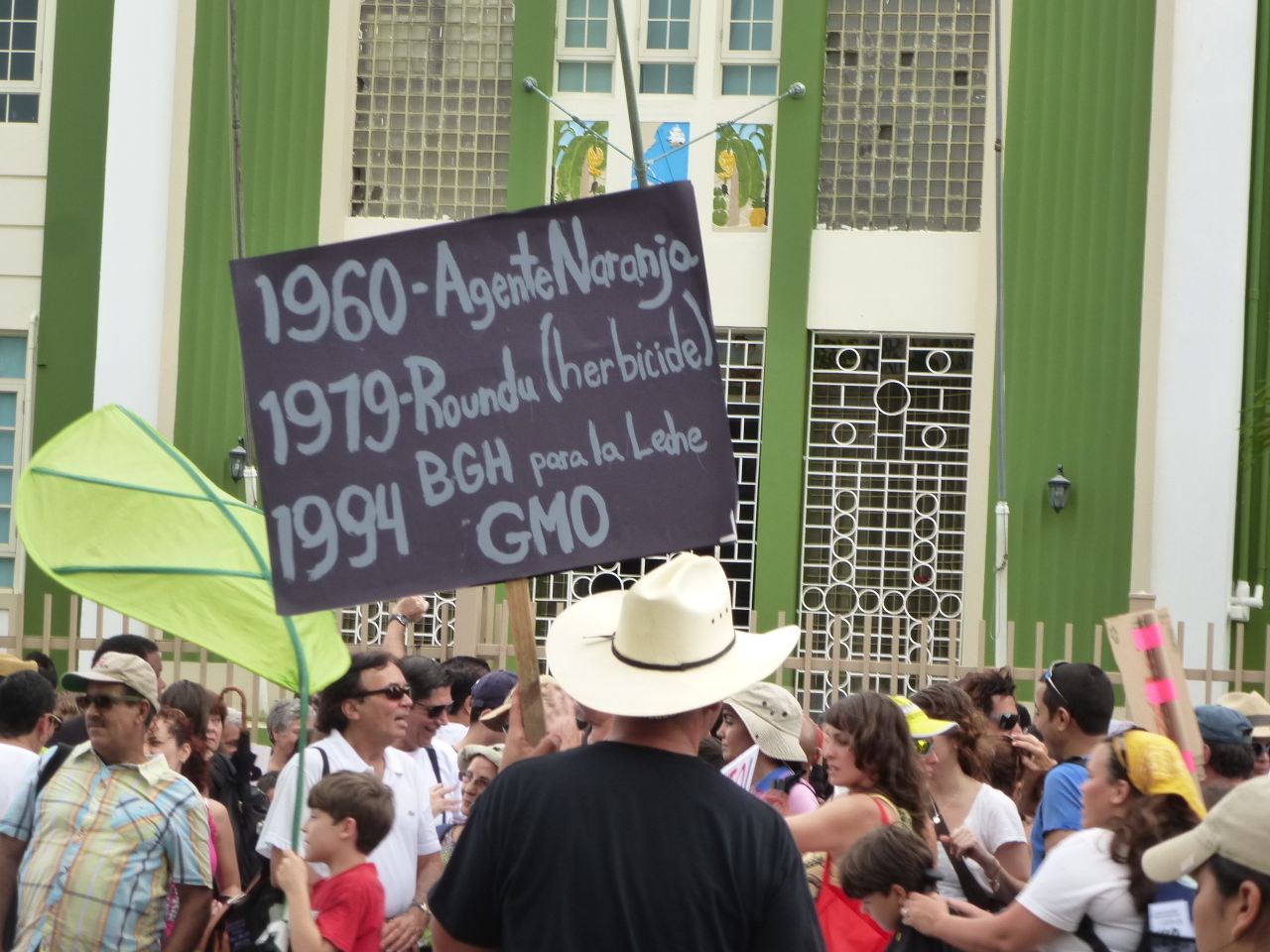 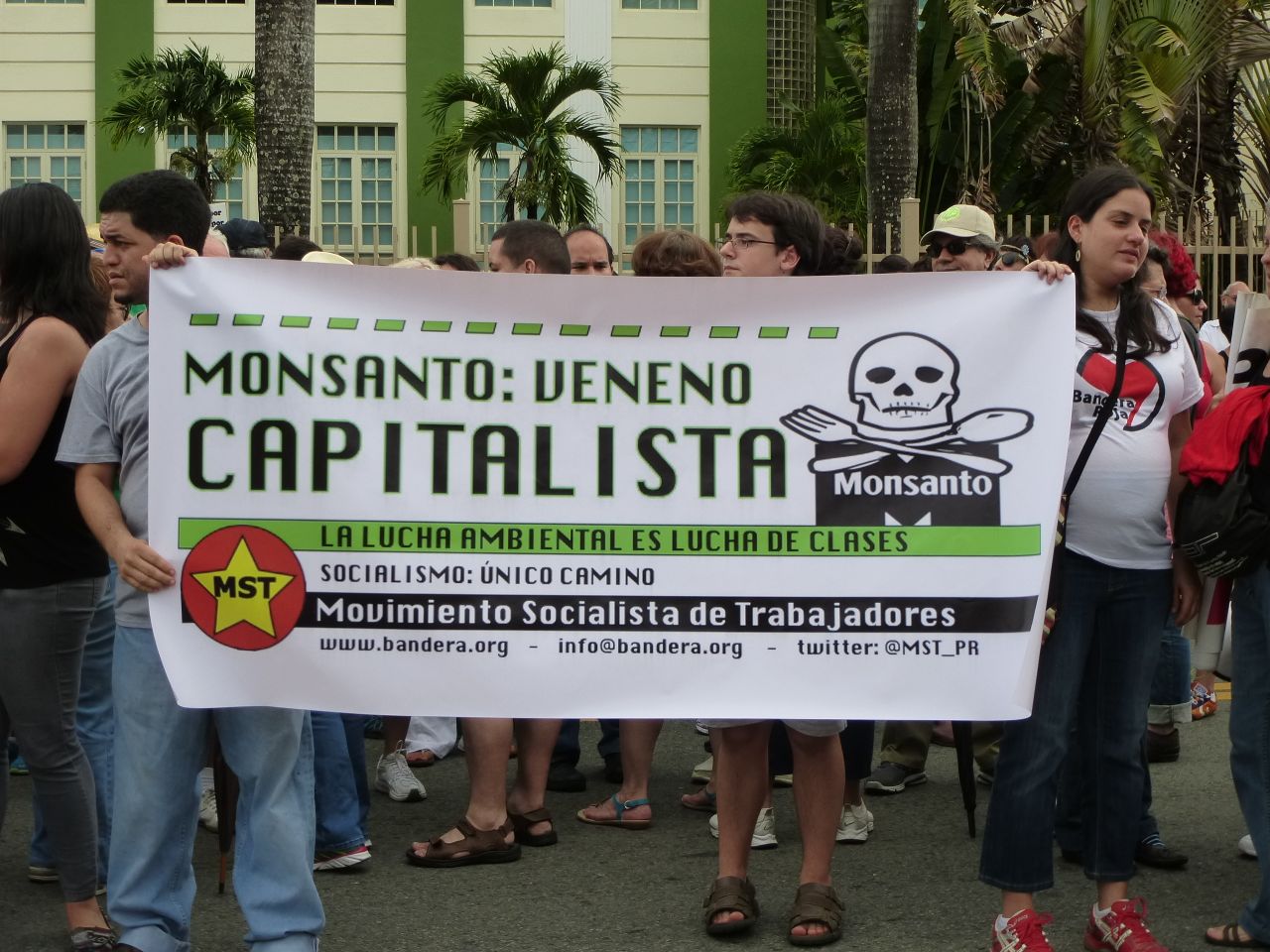 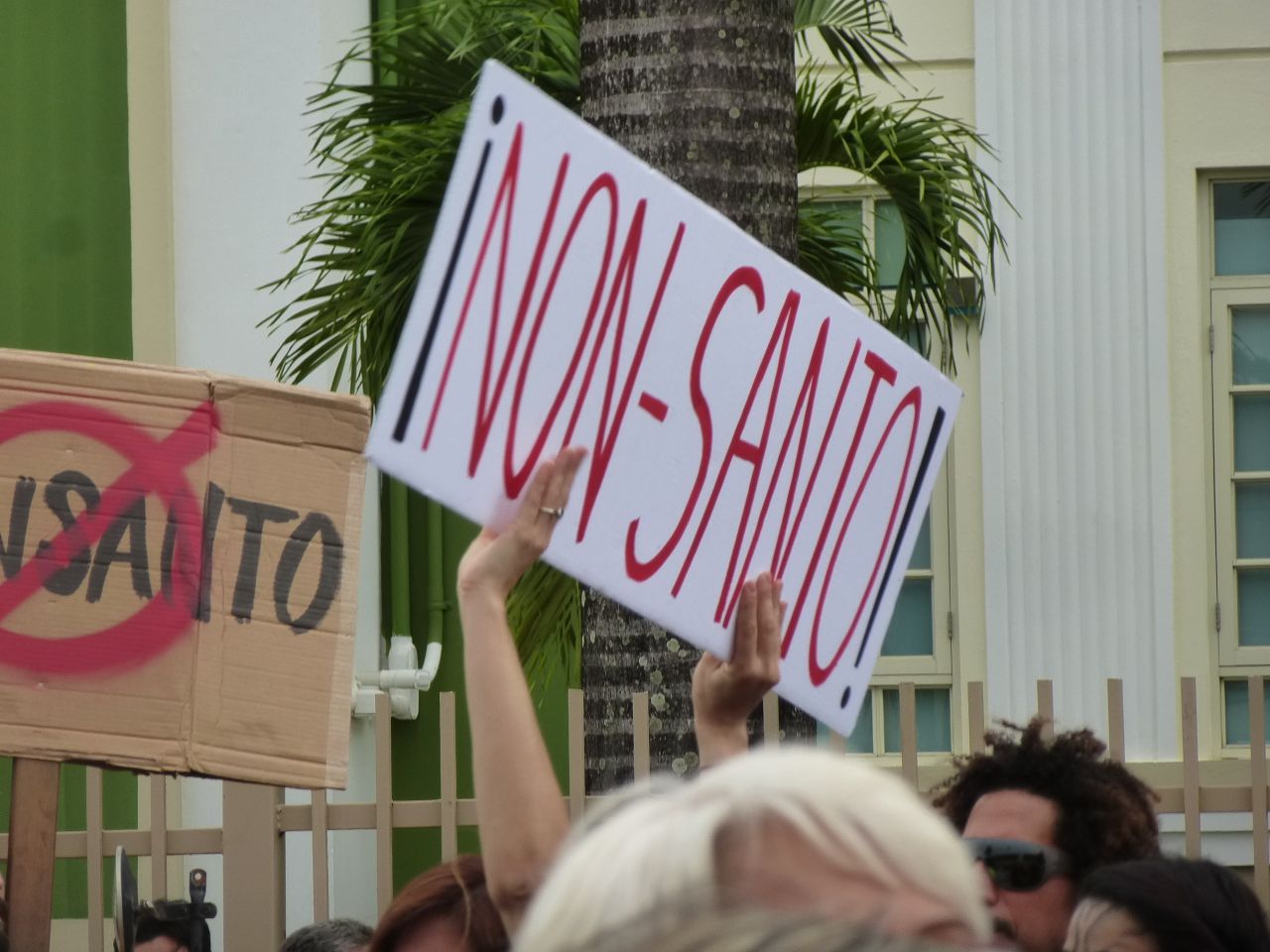 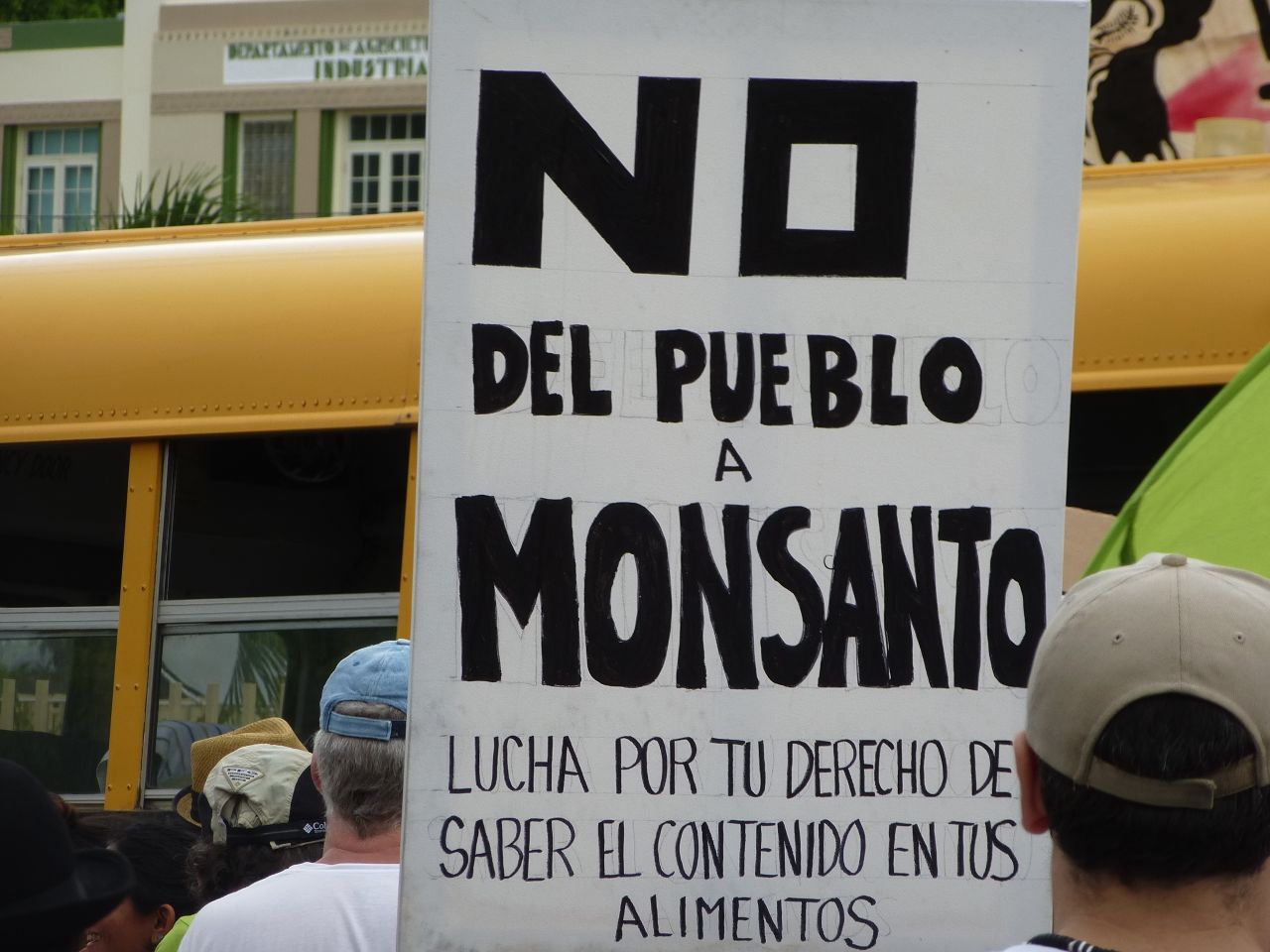 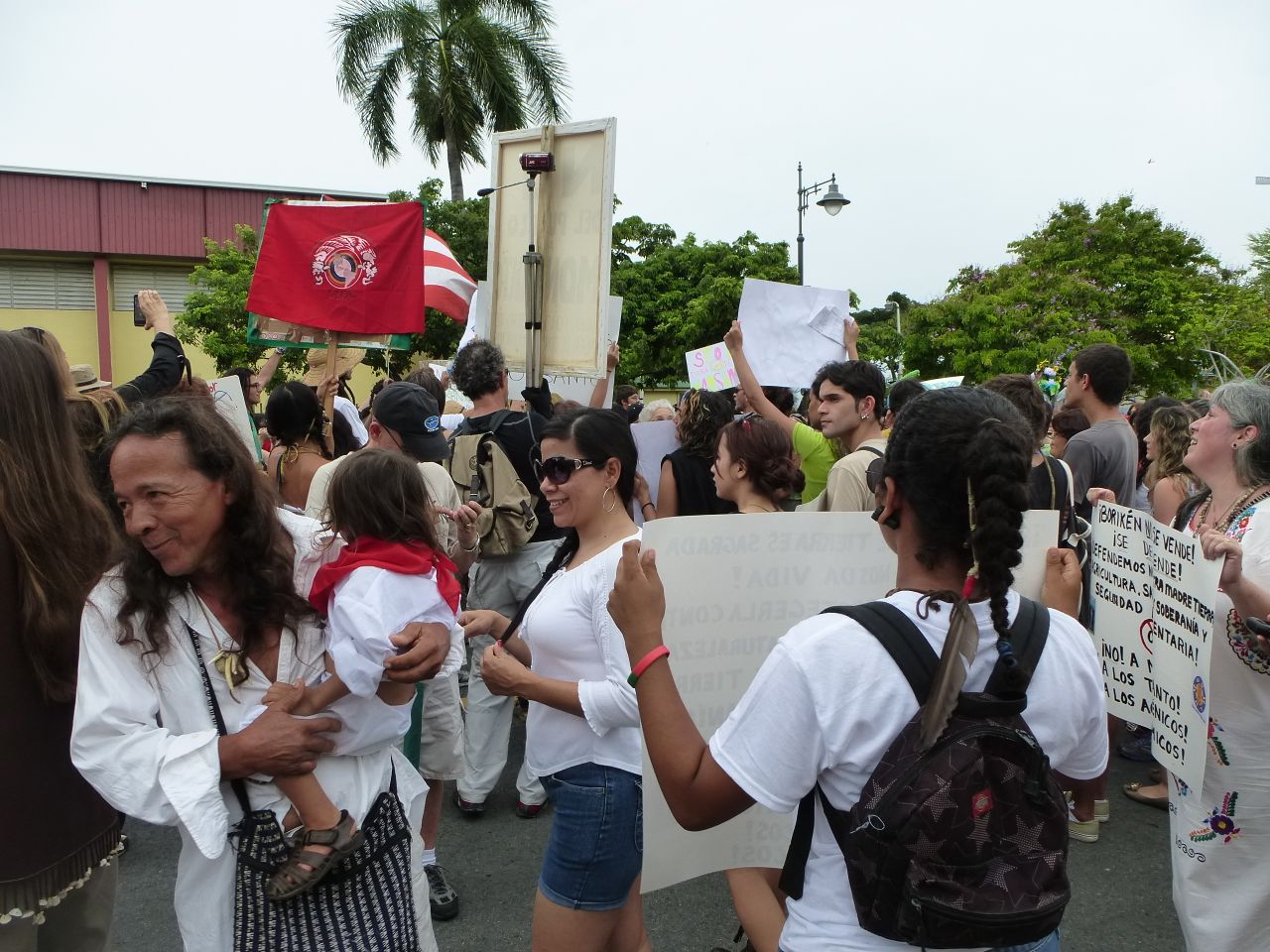 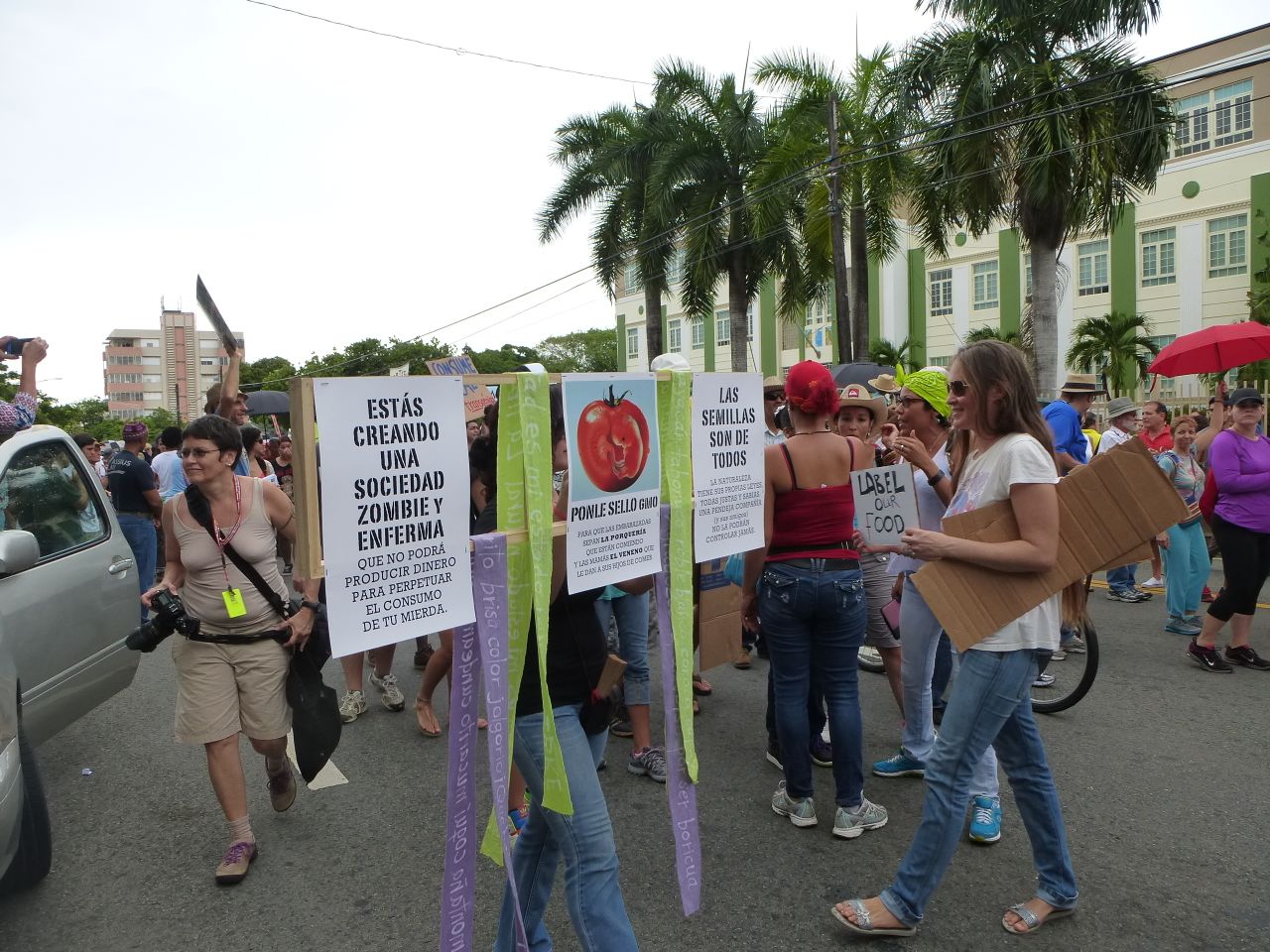 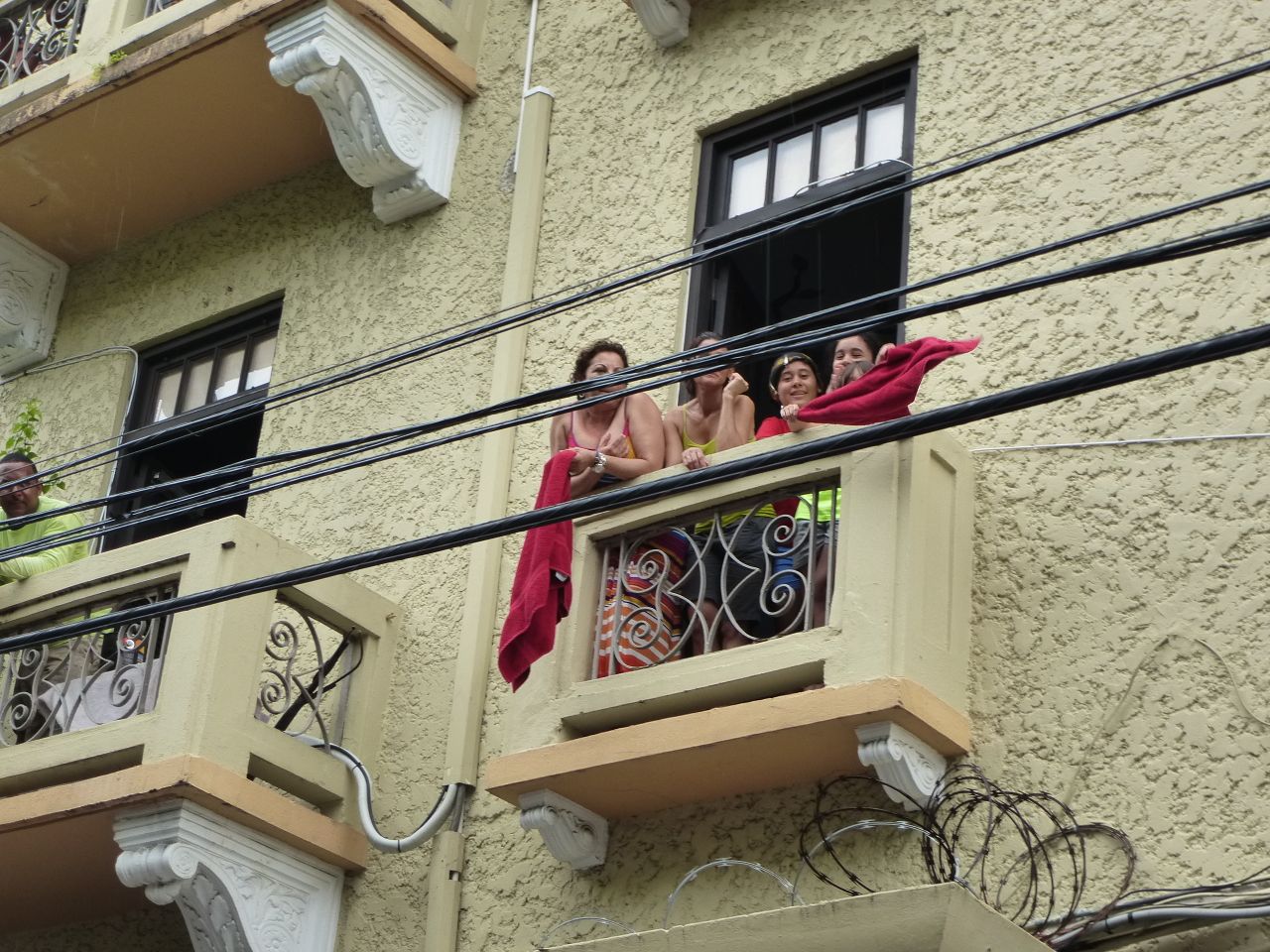 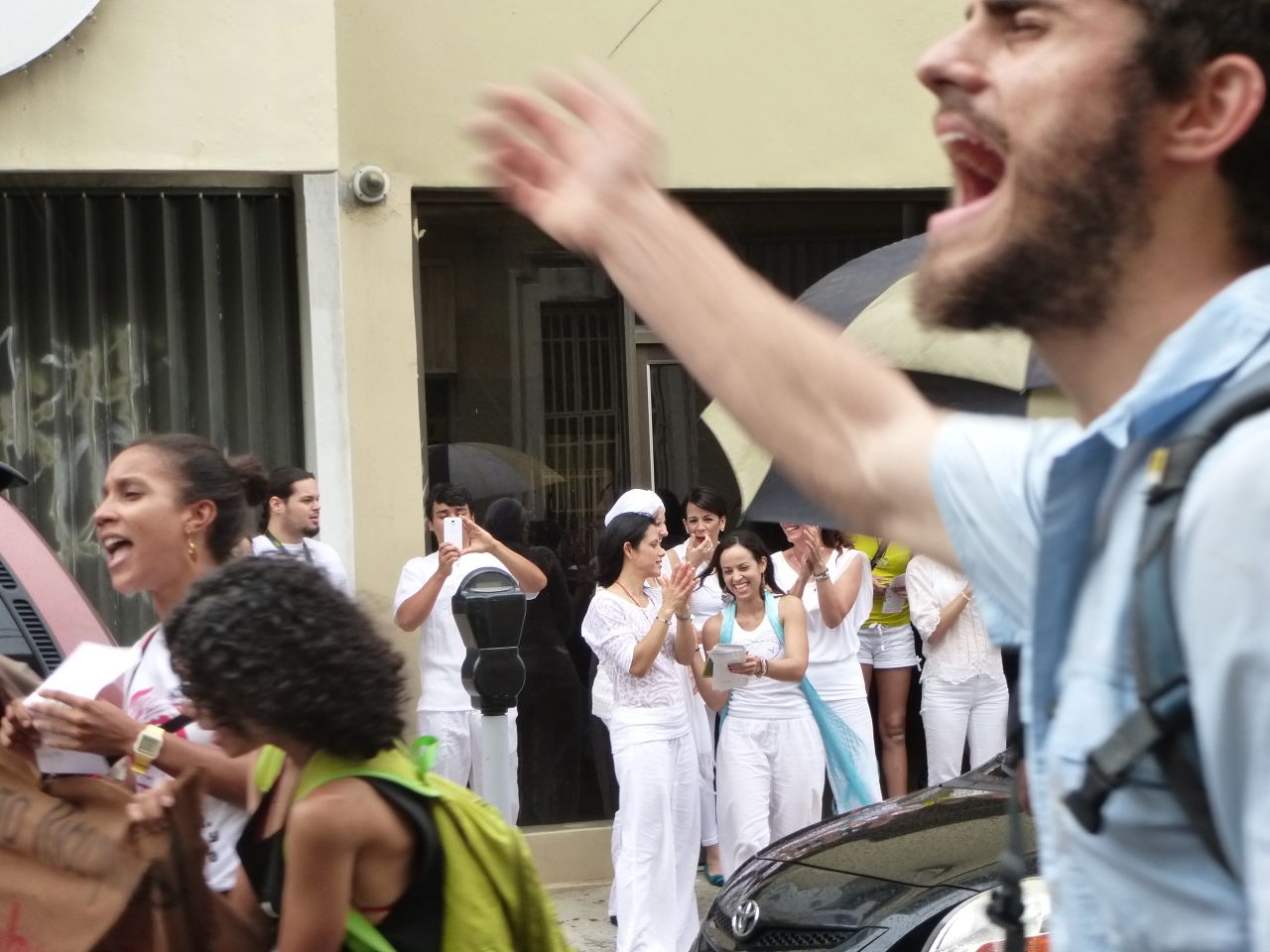 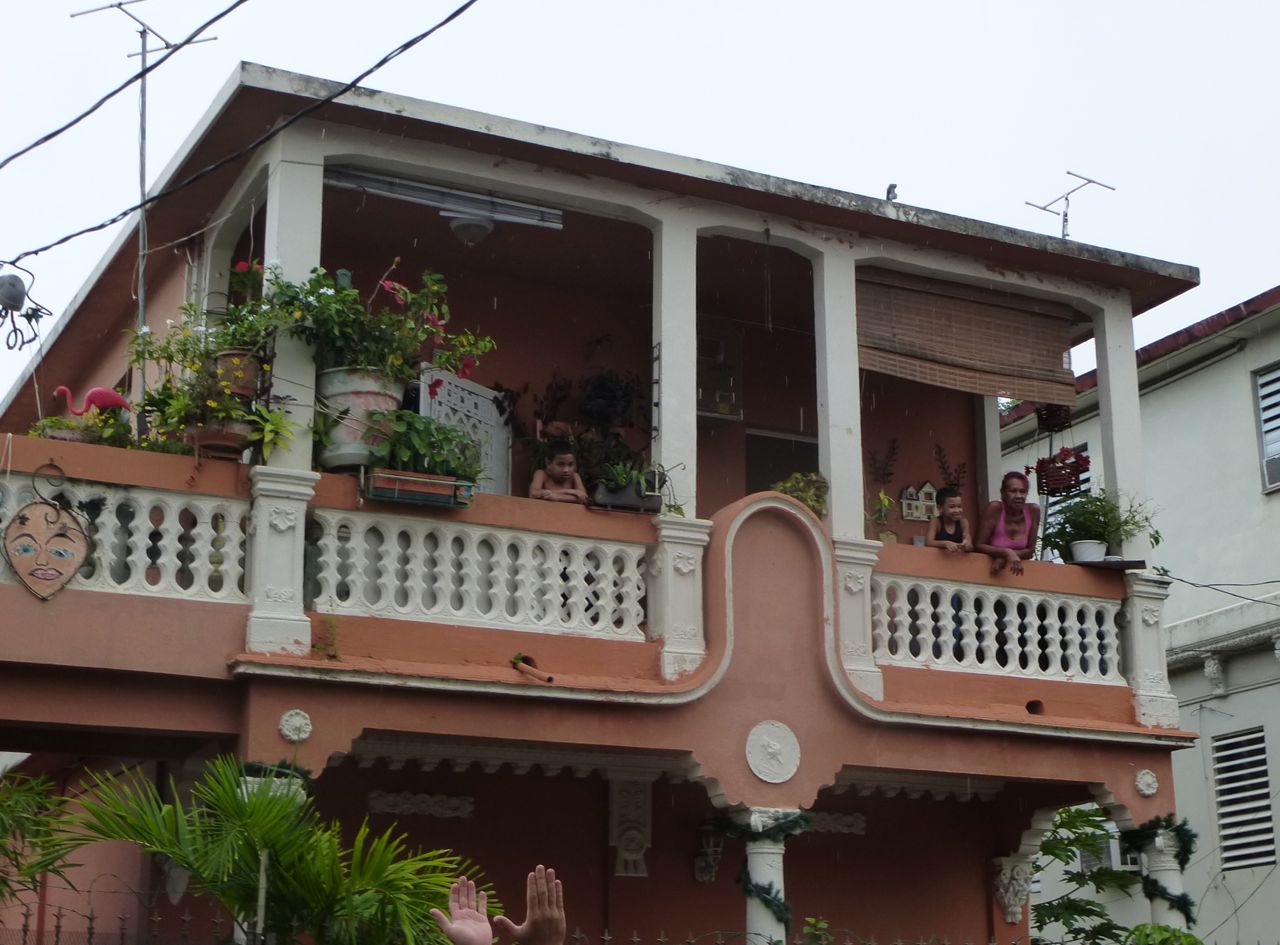 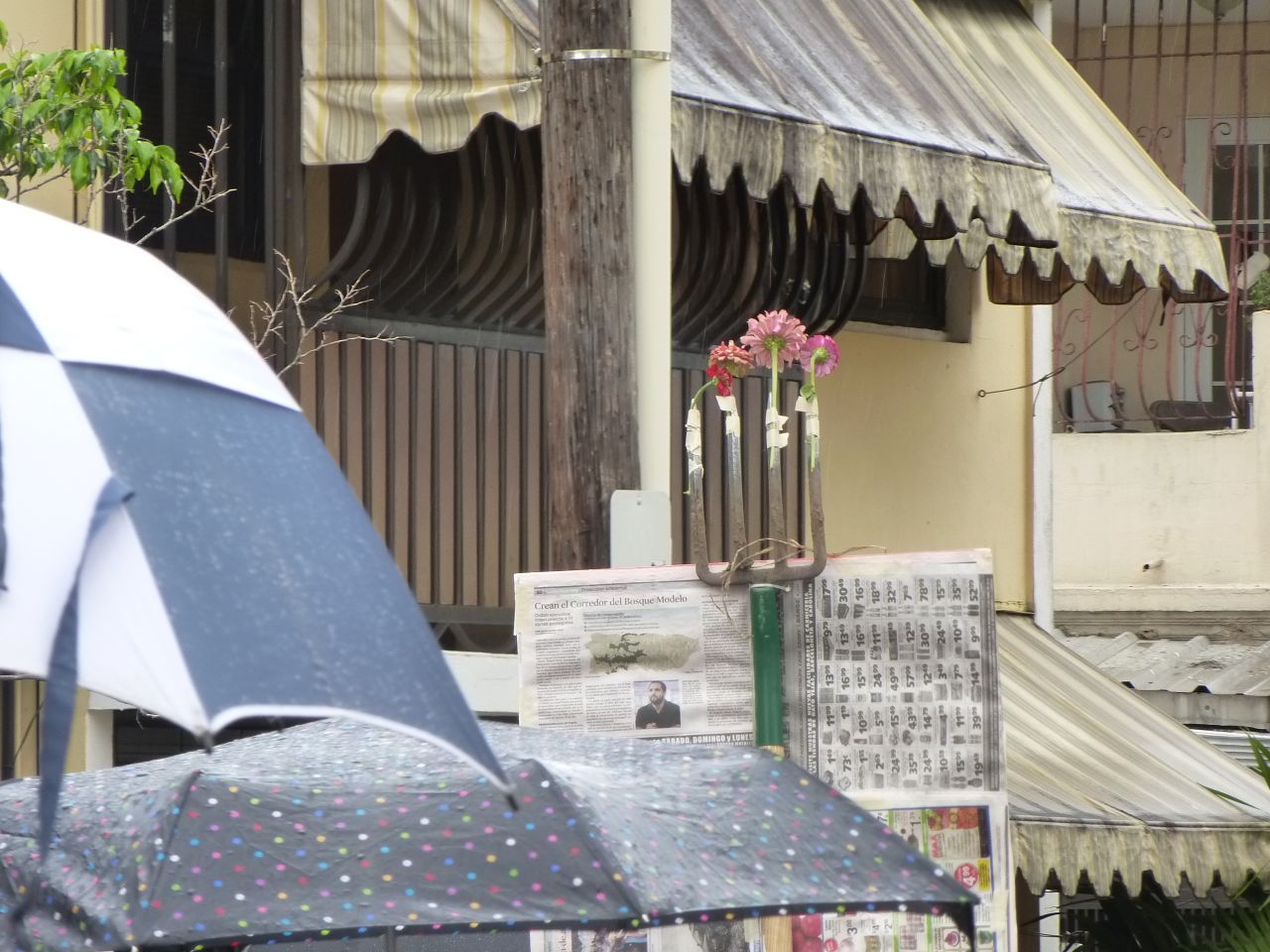 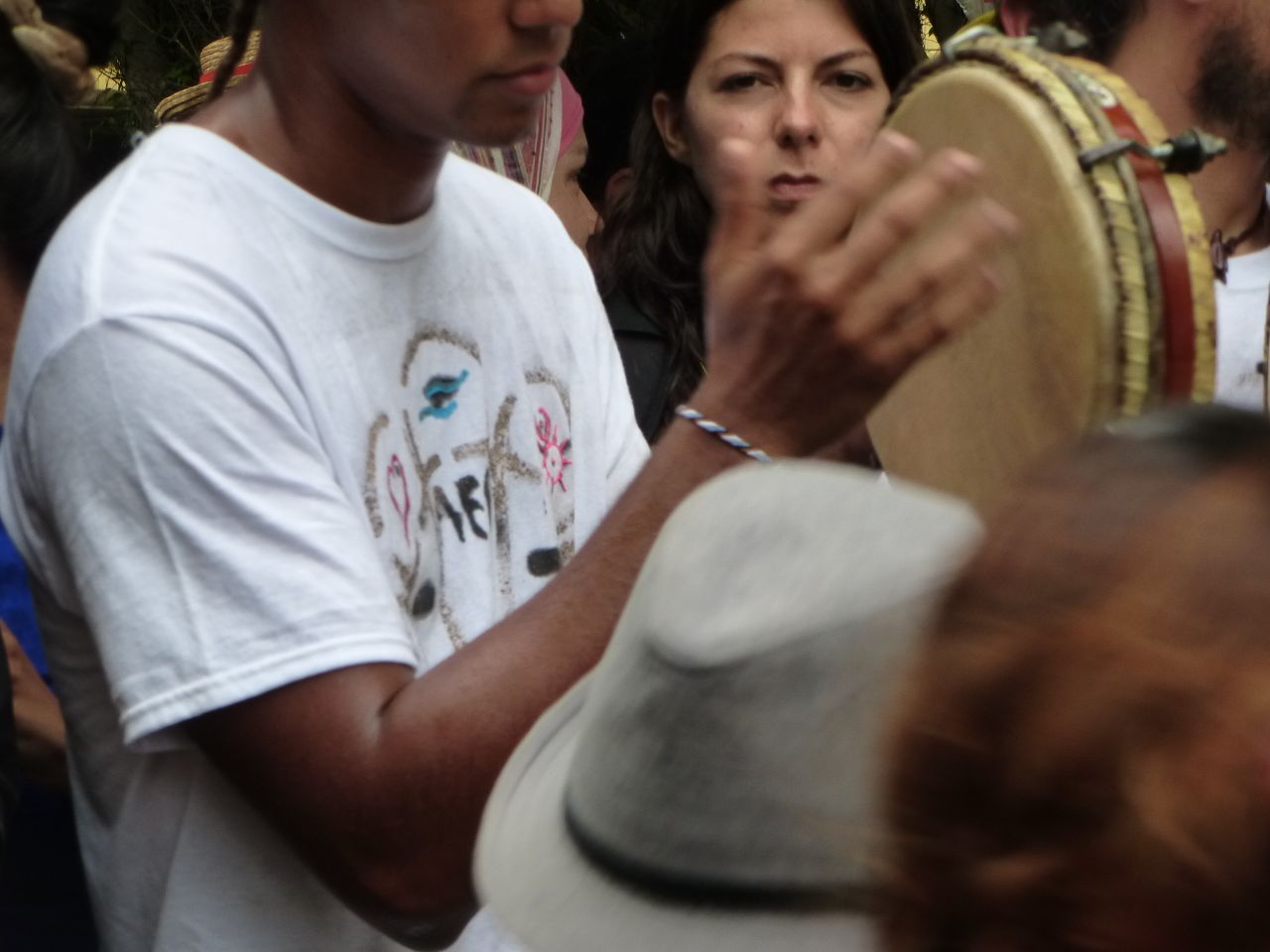 There were lots of speeches going on, lots of tables with goodies for sale, but it was time to move on. But that is for tomorrow. One hint. It did involve a bar. 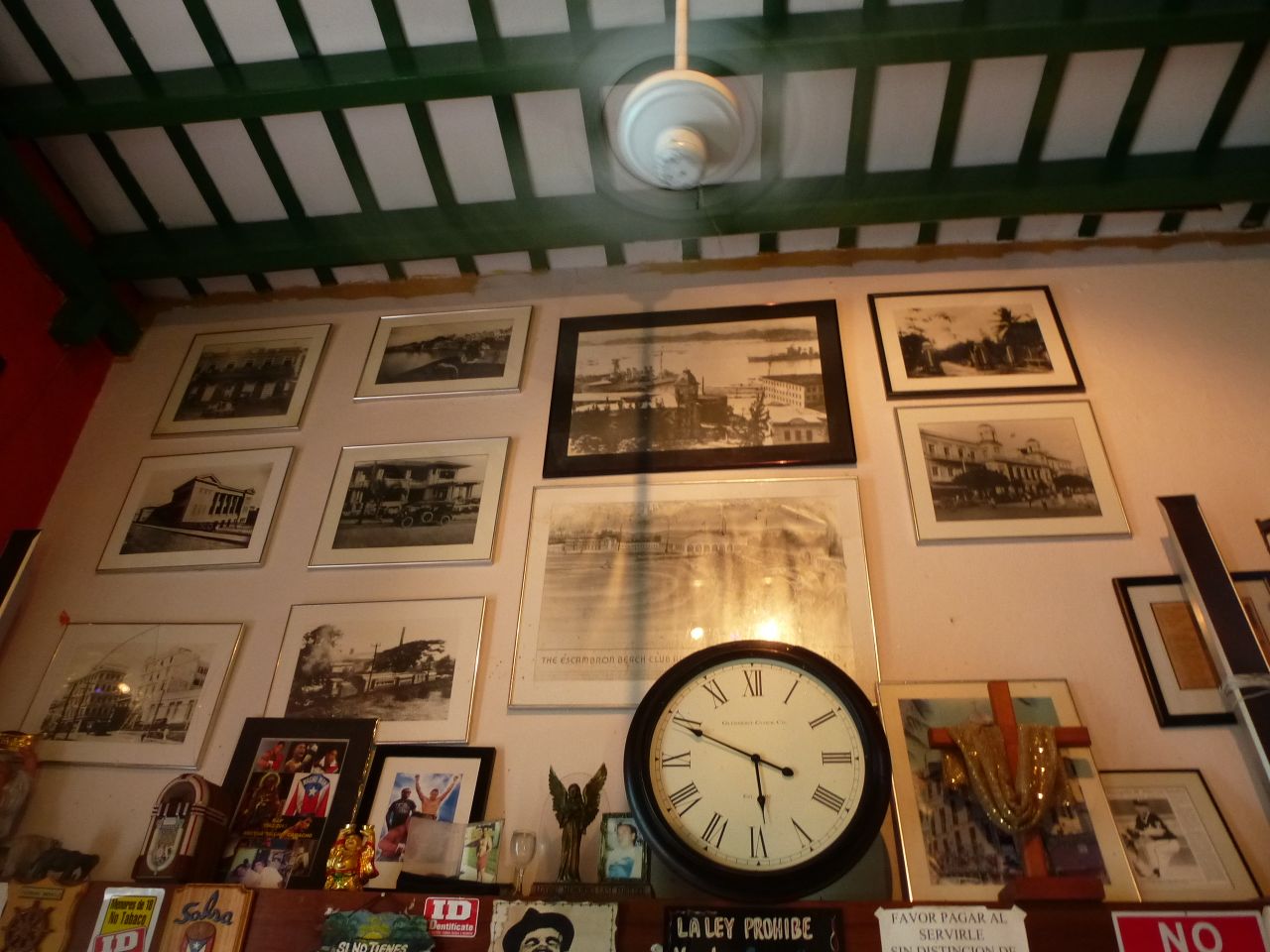 Have a take time to talkaboutit Tuesday. Do something tactical.