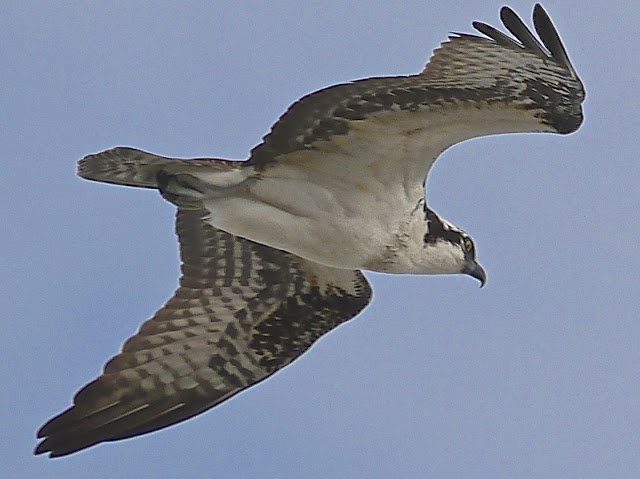 The Last of the Mountains

Culture shock has come and gone; back in the city again. Road works and trucks and traffic oh my!! But before that...


There are a lot of good barns around but they sneak up really fast in the up and down of the mountains. I caught what I could. 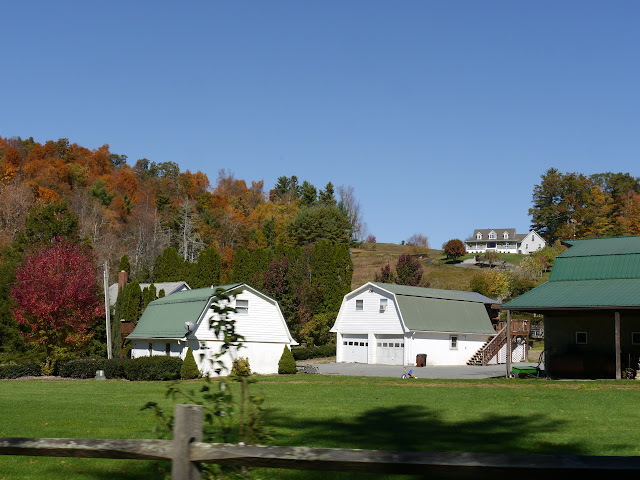 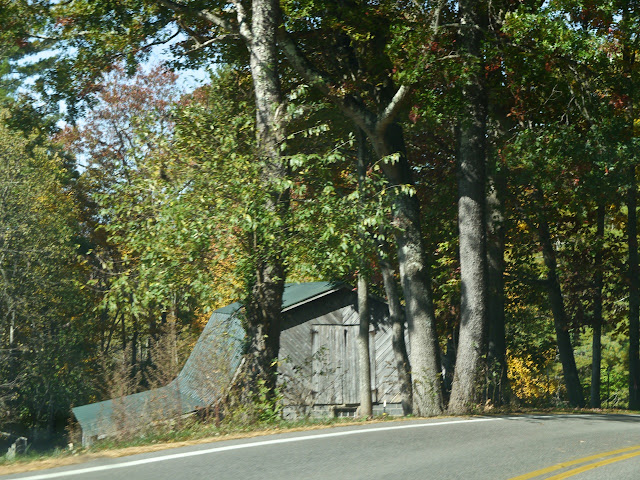 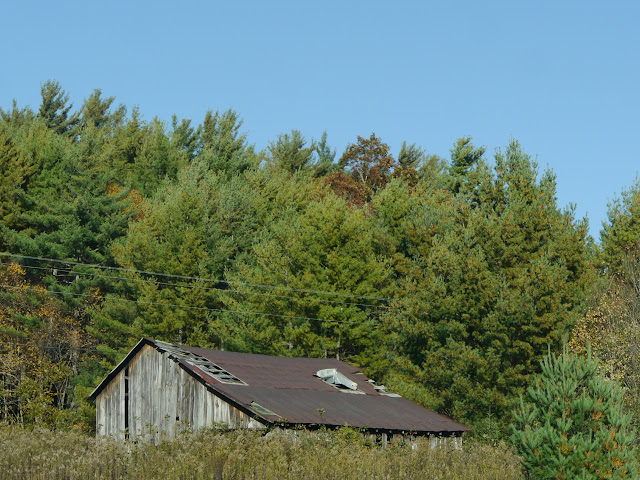 It's good to be back in shorts again!! Tomorrow I'll head up the coast with a friend, back to my old stomping grounds for a few days before coming back here to get back home. It's a good thing I don't make plans... 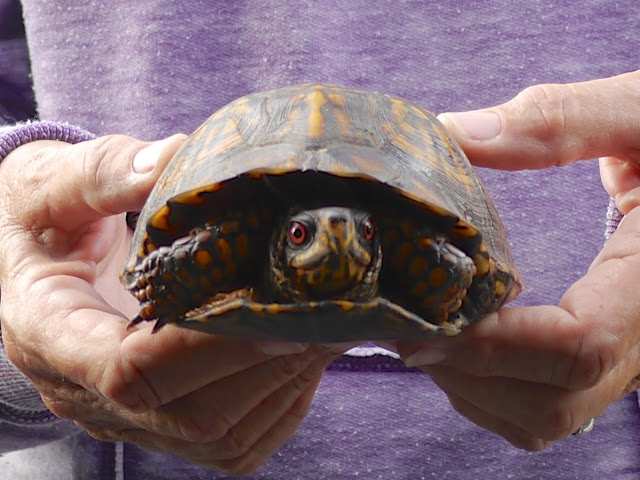 As my time in the mountains draws to a close, fall is really ramping up (no ramps though, that's a Spring thing - how to forage sustainably for them can be read about here). Every day brings brighter colors, every more than a breath of wind brings a shower of leaves letting go, returning to earth to do what leaves do if you let them. I like that much better than plastic bags full of leaves taken...somewhere. 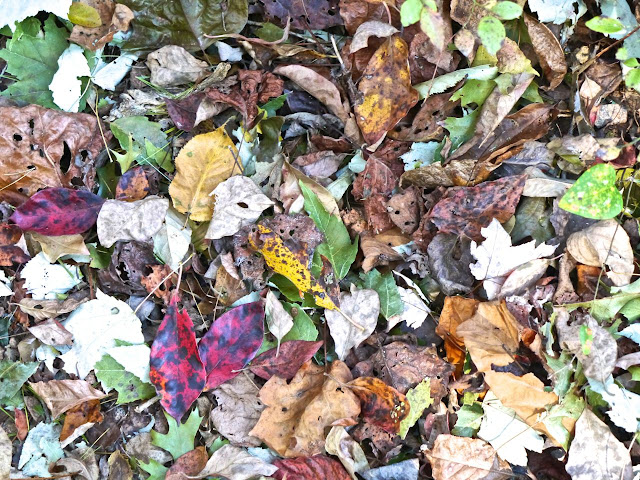 My daily walks get longer as it gets cooler (though today they say it will be in the 80's! I'll believe it when I feel it), but keeping an eye on things seen before is fun.

This is what happened to the mushroom family. 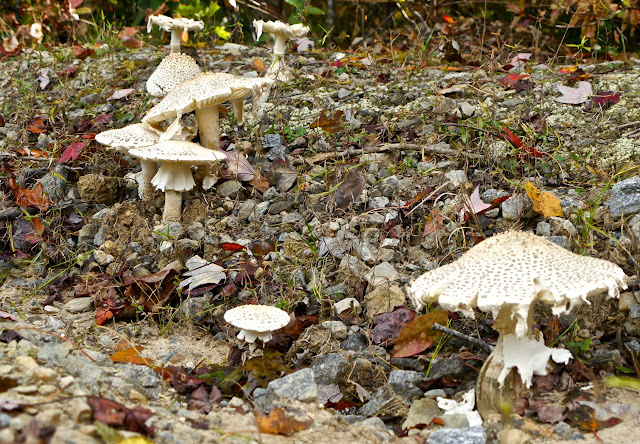 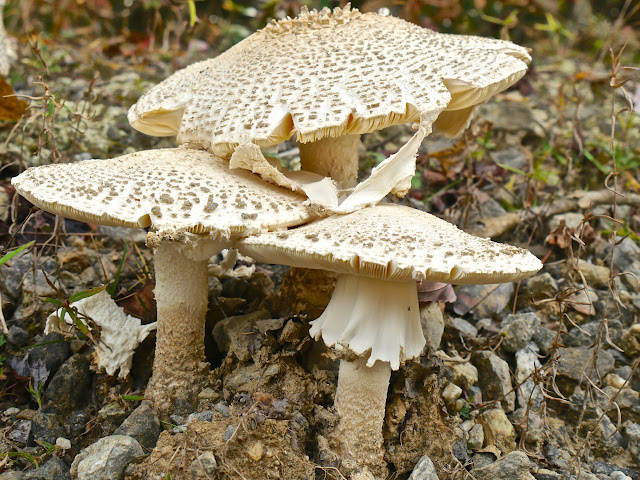 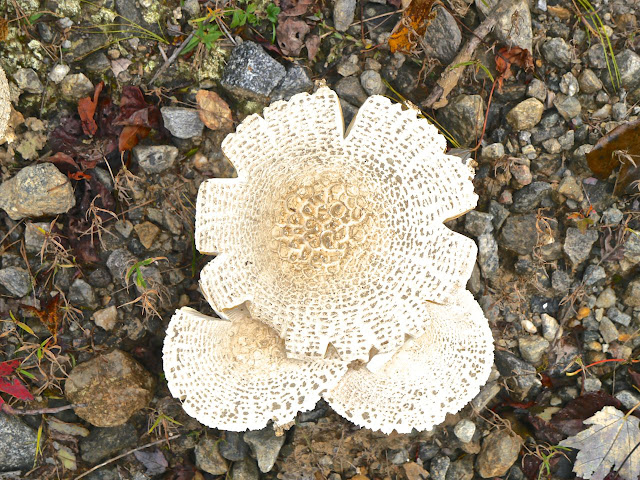 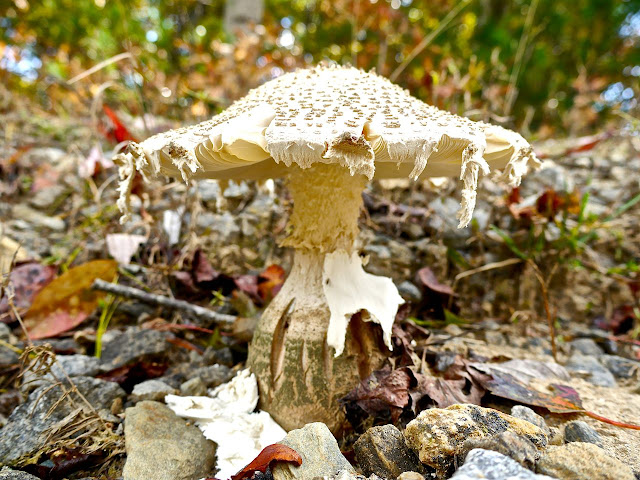 The way they shred out as they open makes me want to try eating one so much - but I won't. I definitely need a mycologist up here someday!


My brother will be up here tomorrow and everything will change. From food to activities. I've not been off the mountain now for a few weeks, which is nothing like not being off of Culebra for a few weeks. It's been a good time of sorting things out for the next phase of the journey. I dare not say a plan because that word and I don't seem to get along very smoothly. I didn't go stir crazy. Well, except for that one night but what is wrong with singing along with Eric Clapton songs very loudly while dancing? Maybe scaring away any wild creatures for the foreseeable future but hey, there's lot of forest out here. 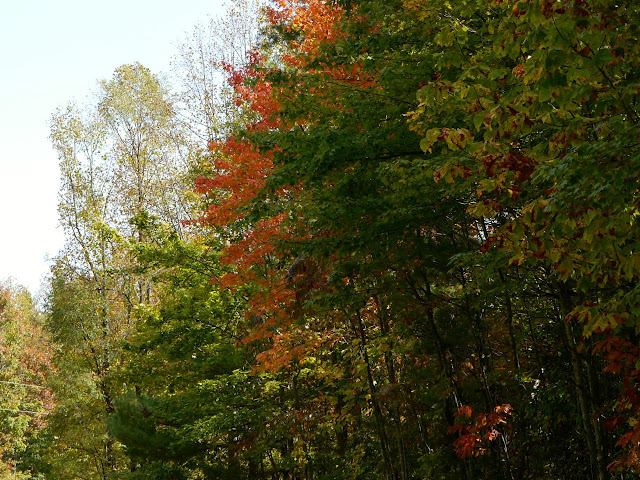 While out walking, I saw another tree that had broken during the storm. It wasn't in the road but it was stuck in a wedged place against another tree that eventually could have fallen and done some damage. At least, that was our story when LC tossed a line over it, secured it to the truck and pulled it down.


It is/was such a gorgeous tree, it makes me a little sad just to walk by it. Even though there is no shortage of gorgeous trees here, this one always caught my attention because of its curvaceous limbs and beautifully figured bark. 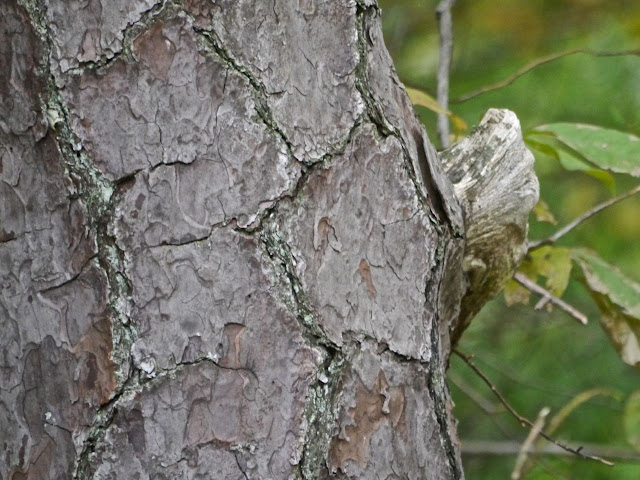 Falling in love with trees is sort of like having fun with balloons; it is best to keep in mind it's a temporary pleasure. Damn you, Shel Silverstein! 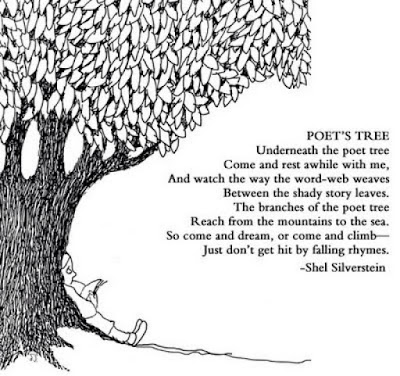 The moon is still pretty glorious in rising. Keep your eyes open tonight! 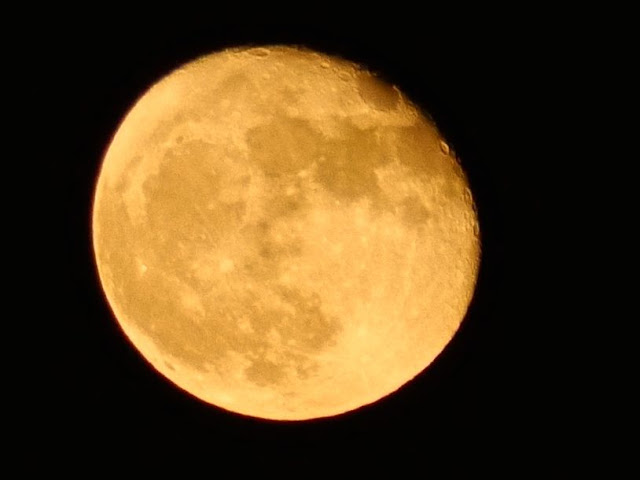 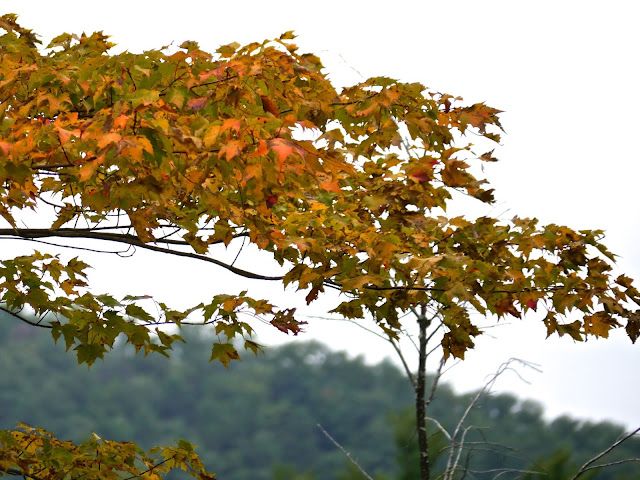 Reach your arm outward
Grace through seasonal changes
Embracing the dance
Posted by Island Woman MJ at 10/16/2016 11:36:00 AM No comments:

After the wind and the rain blasts of Hurricane Matthew, the beauty and drama of fall is taking center stage. 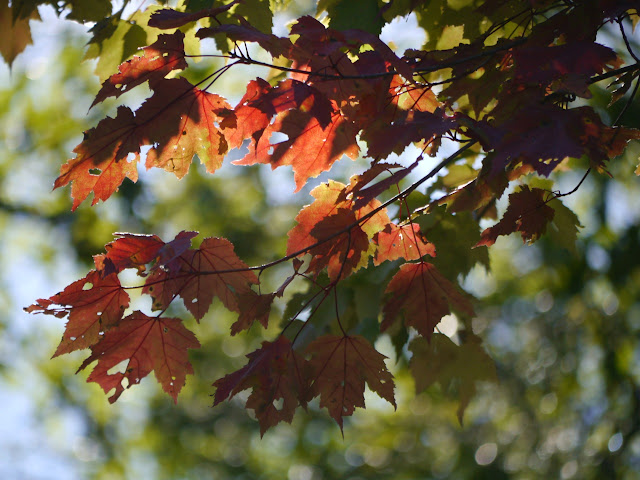 Here in the woods, it’s hunting season. Bow season for deer has been underway and now, pig season has begun. While I might have the occasional ‘OH MY GOD, I’M SO FAT! moment, I do have a big love and respect for my body parts being attached to each other in a symmetrical, upright and breathing fashion, so my walking attire probably needs to have something brighter than anything I own except for red moccasins. Unfortunately, I doubt hunters are looking at a pig’s feet while they are still moving, rather, they save that for the brining jar after success, so red shoes are not going to be a big help. 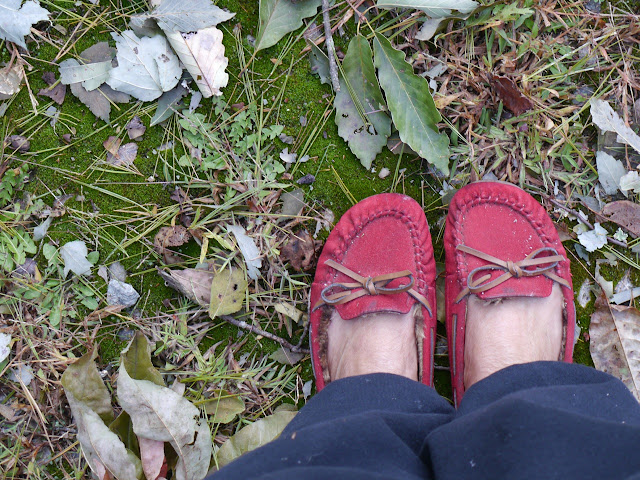 But oops! I was then reminded, it’s not pig season, it’s bear season. I was so all over not wanting to be taken for a pig I just ran right over the fact that being taken for a bear would be a lot easier. 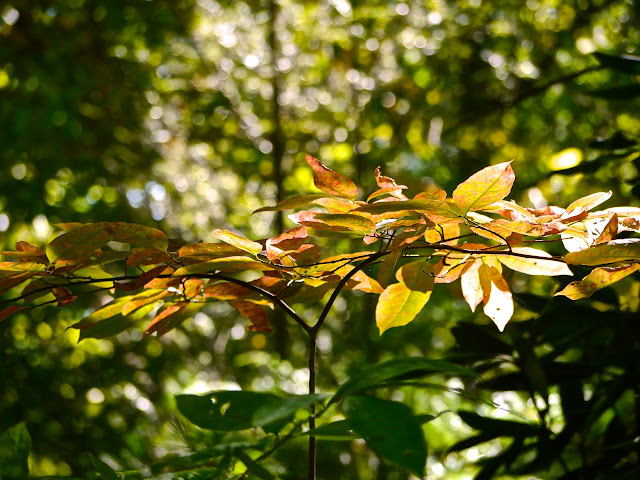 Yesterday, while walking around with a friend who knows from experience a whole lot about bears, he stopped, smelled the air and casually said he thought one was nearby. I believed him. We just kept walking. For some reason, bears don’t really scare me (well, okay, hearing one snuffling nearby? that concerns me to awareness factor - if it's dark and the only thing between me and a bear is a tent wall? yes, color me scared, hence the RV - life is too short to be scared when you don't have to be scared).

Of course, I'm talking about black bears, not brown bears / grizzlies, which scare me sincerely. But with a black bear, for the most part, unless you are between a mama and her cub(s) or acting aggressively - like taking away your candy bar that you foolishly left out on your picnic table - you probably, most likely good chances are, you aren’t going to get into trouble if you play by the rules* (see *rules). 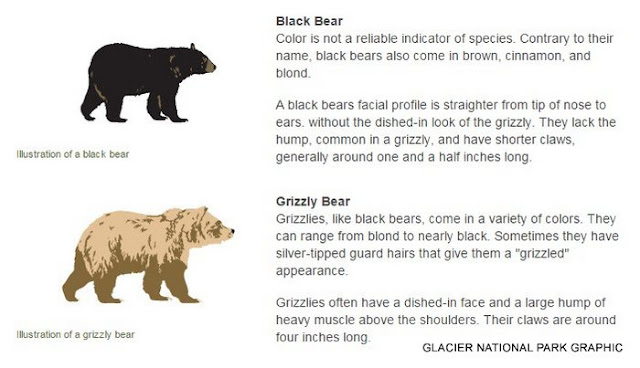 The best thing to happen yesterday is that I finally got to use a two handled crosscut saw. As many old readers know, I have a bum arm, so I really never thought I’d get to do this thing that I never tried, before the time for trying new arm things was up; there's not many times sailing when you need to use a cross cut saw, thankfully. But this wasn’t a redwood, it was a soft pine and I had to give it a try with an experienced person on the other side to teach me how.

Surprise! It doesn’t really take a lot of push pull. It’s more of a 'guide the glide' back and forth in a straight fashion. Of course, if I’d done it all day on hardwoods? For one (and the only) thing, that wouldn't have happened. This was three full cuts through a small diameter tree. Using a saw that was last used 50 years ago, a saw still sharp and clean. Yeah. That was very cool. I didn't know it was on my bucket list, but I'm crossing it off anyway. No pun intended.

The sights keep changing and staying the same. Wild turkeys in the yard, too quickly scared by the sound of my feet on the porch for me to pixel them, the leaves of the trees now moving into new colors every day, mushrooms popping up only to soon return back to earth.


The leaves have almost all fallen from the wild grapes, leaving them exposed and looking like they are part of the pines. I've heard they sweeten with the first frost, but can also make you an instant member of the Imodium club (oh! folk cure for that that really works? Nibble some burned toast. Try it). 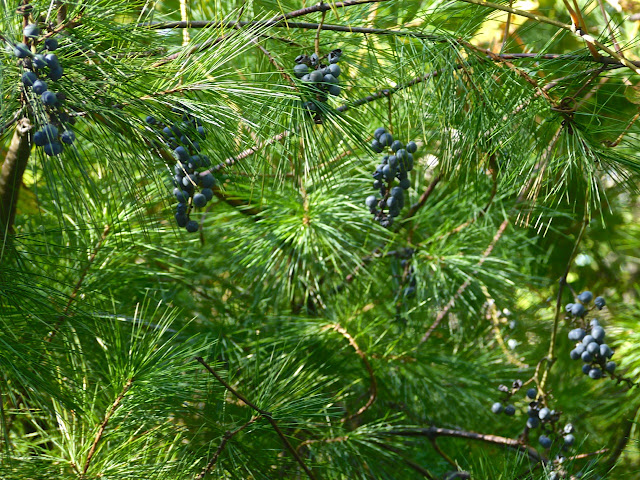 Wherever you are, enjoy this time of change. I'm ready to be warm again but until I am? There is a lot of beauty to visually wallow in (not physically, there are chiggers here!).

Have a tactile Tuesday. Do something teachable.

*Rules for Staying Safe around Bears 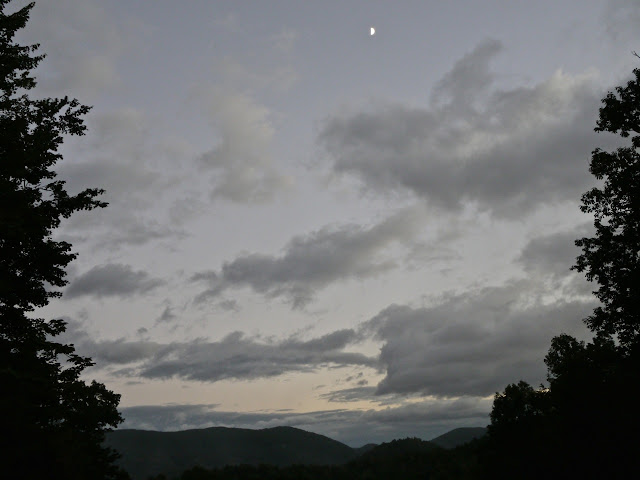 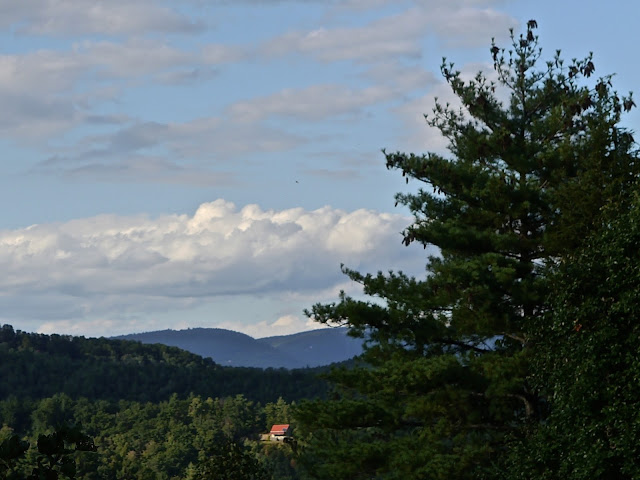