Checking In Before Checking Out

Incredibly, but not too unpredictably, my computer has decided it wants to stay in Florida longer than I will, by needing to go to the Mac Doctor. So I'm using my brother's computer to try and catch up a little bit.

Yesterday was rainy and gloomy. Jonny said we were going on a mission and that always means something good with him. It was.

Christmas meant heading to his buddy Robert's place, a person and a place I've seen on facebook but not in real life. Real life is always better. He has a yard full of orchids and bonsai plants, even a producing macadamia nut tree (now I have to plant one at home!), along with a bonus secret path in the backyard that goes to a lake. Yes.

Inside were friends and family and luckily, there wasn't a test at the end of the day, since I was calling two woman each other's name most of the day until someone finally corrected me. Oops!

We've hit the Swap Shop, Tark's, Outdoor World, Jimbo's on the Intercoastal and that's what I can remember off the top of my head. Loading the photos up in any sort of order is proving beyond my meager PC abilities, so That is How That Goes. 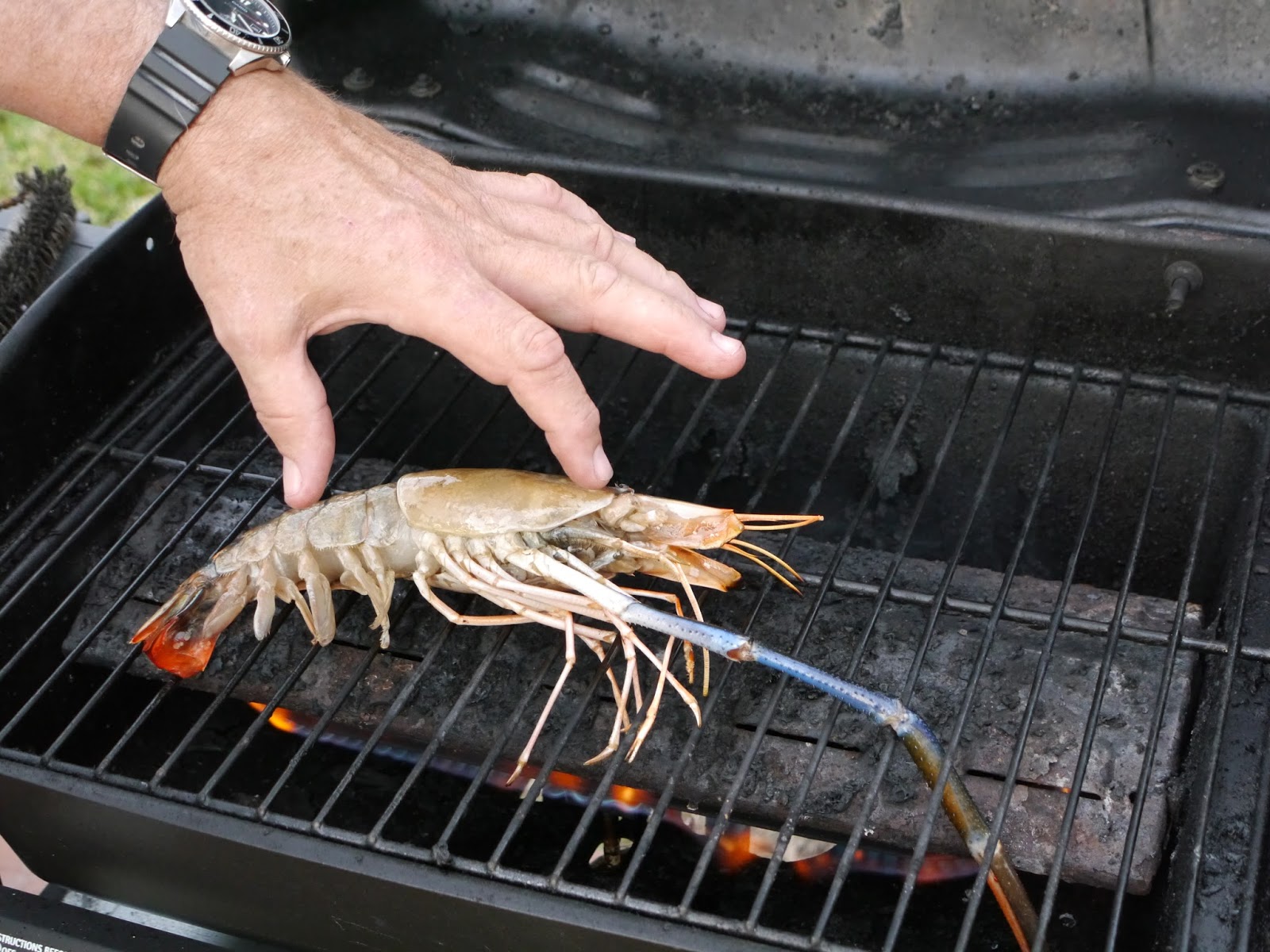 At the Swap Shop there is a sort of Fun Fair thing going on. The man who owns it is crazy like a fox and has the imagination and means to have created this place - a race car museum, the rides he bought from Pirate World when it closed down, acres of stuff. Much, much stuff. Overwhelming amounts of stuff. 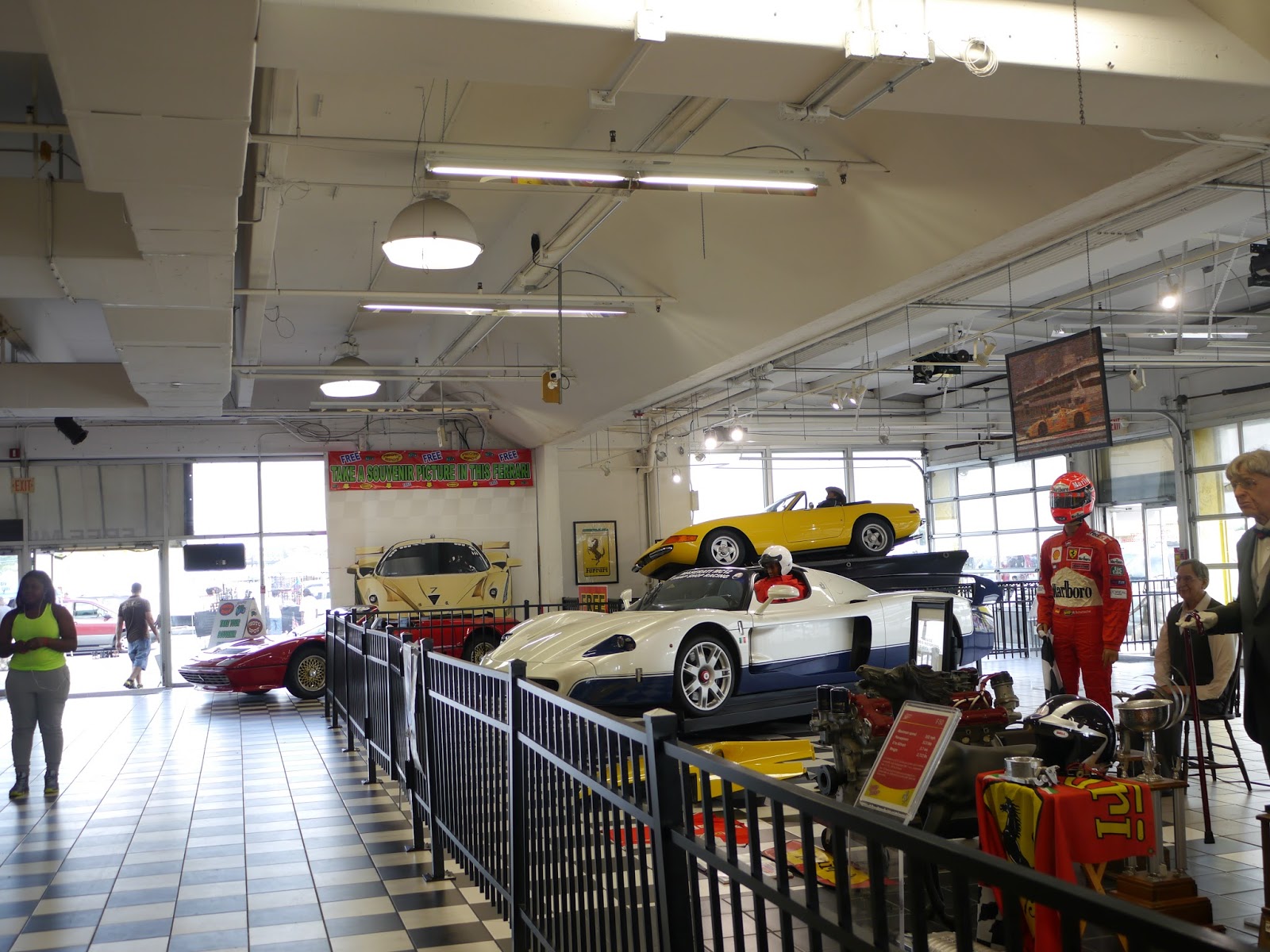 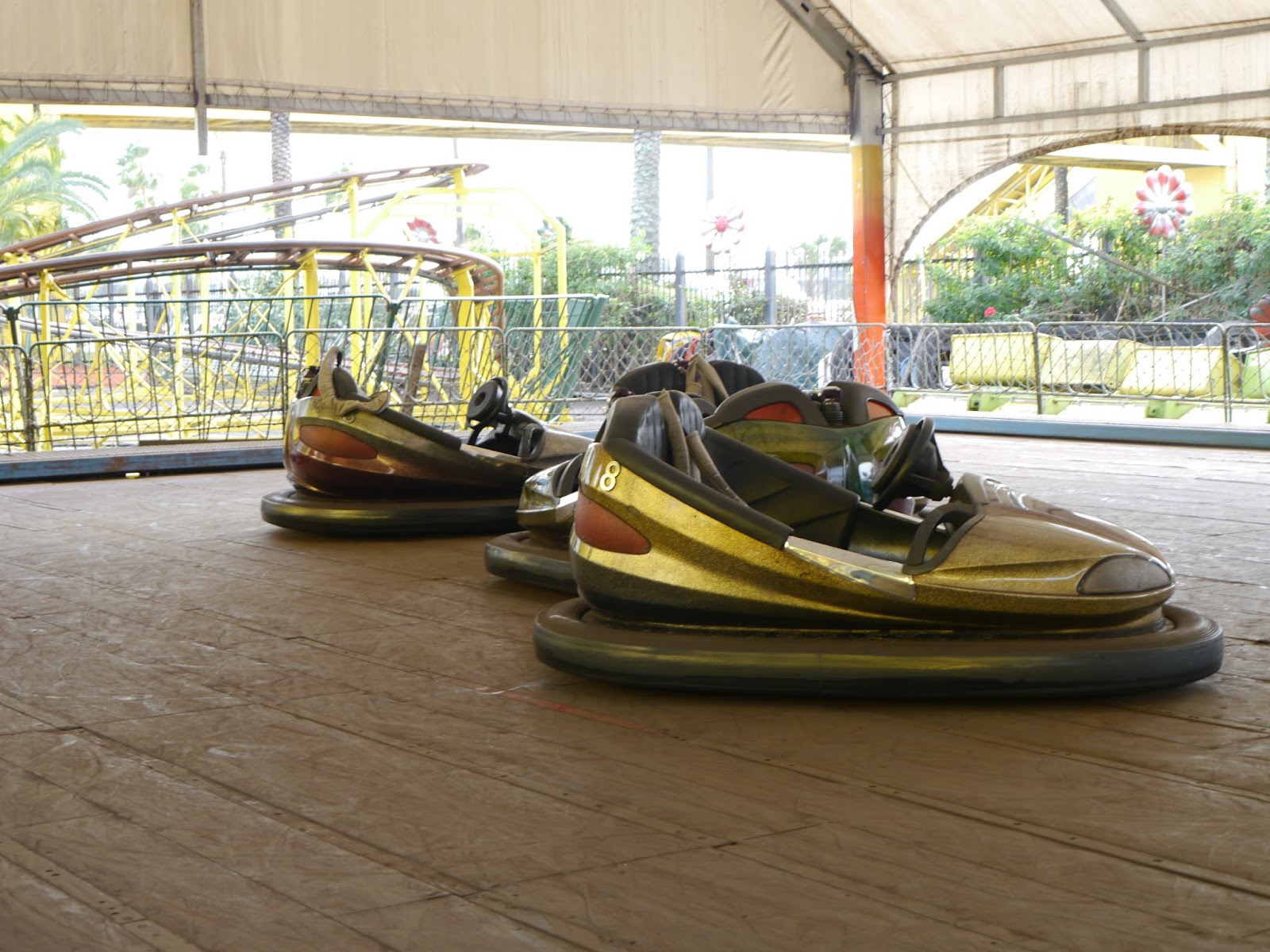 In contrast, Robert's world is tranquillo.

There was more food than a small country could have eaten. One entree was Jonny's duck, done in the set it and forget it. Except no one could forget it...it was like watching television with a really great finish.


Yesterday's rainy day tour included Outdoor World but I was on cameras not happening World. It's a very crazy place full of much lust and not just mine. There was (and this is true), a man curled up on the floor in front of some outdoor piece of equipment, his gaze so intense that when we almost stepped on him he merely glanced at us a second and said 'Sorry' turning back to whatever it was in rapt desire. We decided he was staging a lie-in until he got permission to buy it. That was weird.

Much less weird was Tark's. A local joint in business since the 60's with a 'it is what it is' attitude that works well for me. I was in Winter Park (after getting almost hopelessly lost in a very changed place I once knew like the back of my hand) seeing old friends. One thing was big time on my list, to see the tiny structure Kenna had imagined into reality.

Hello's and hugs and then to the back yard - and there it was. No, it's not a tiny home, per se. But it could be - and it feels very, very good.

Chris has been playing with his new panini machine and made us lunch. I thought I took photos of us at another little outside niche of comfort on another side of the house, but I guess I just did that in my head.


Before I left to head south, Francie took me out to dinner at a place called Harbor Lights in Lake Panasoffkee. We read that it was open and decided to check it out. What a find!

The food is served buffet style. I don't know if that is always how it is or not but after such a warm greeting and the nice surroundings, I was figuring it could be a pretty good buffet. And it was! Our roast beef was perfectly rare, the mashed potatoes were real and...well, the truth is, I didn't get much beyond the roast beef. But Francie said the veggies were good too. There was no room for dessert. Another time? Maybe. I'd go right back for the roast beef though.

After leaving there we stopped at a home that we're pretty sure has won all the Christmas lights awards. We'd been planning on driving around to look at lights - and we did, briefly - but this place pretty much shut most of the rest down.

WHY I forgot to take my camera (except that I'd thought I was leaving that day and had everything packed away), I can only say, oh well. I took these with my phone so you'll just have to use your imagination really well. 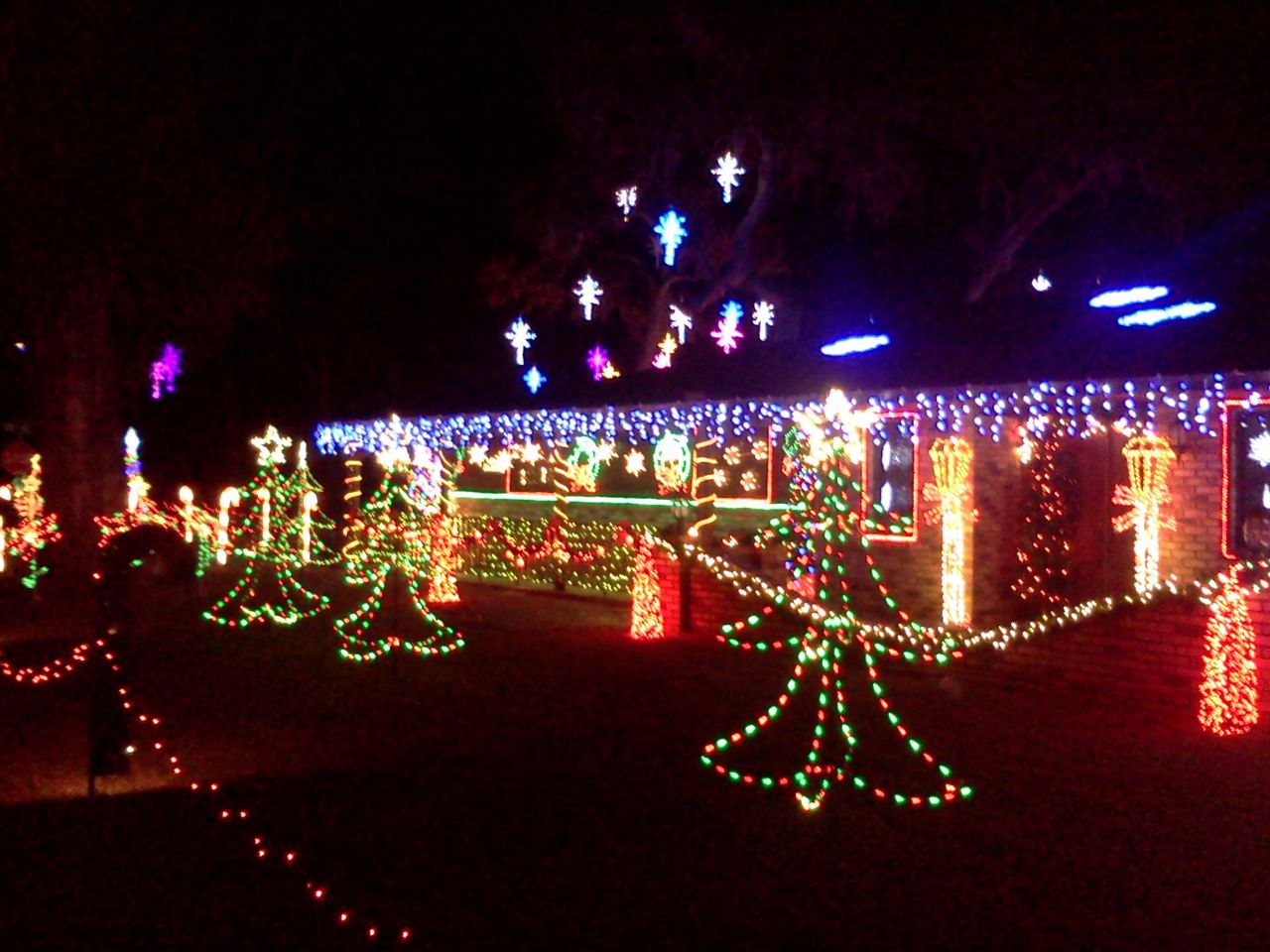 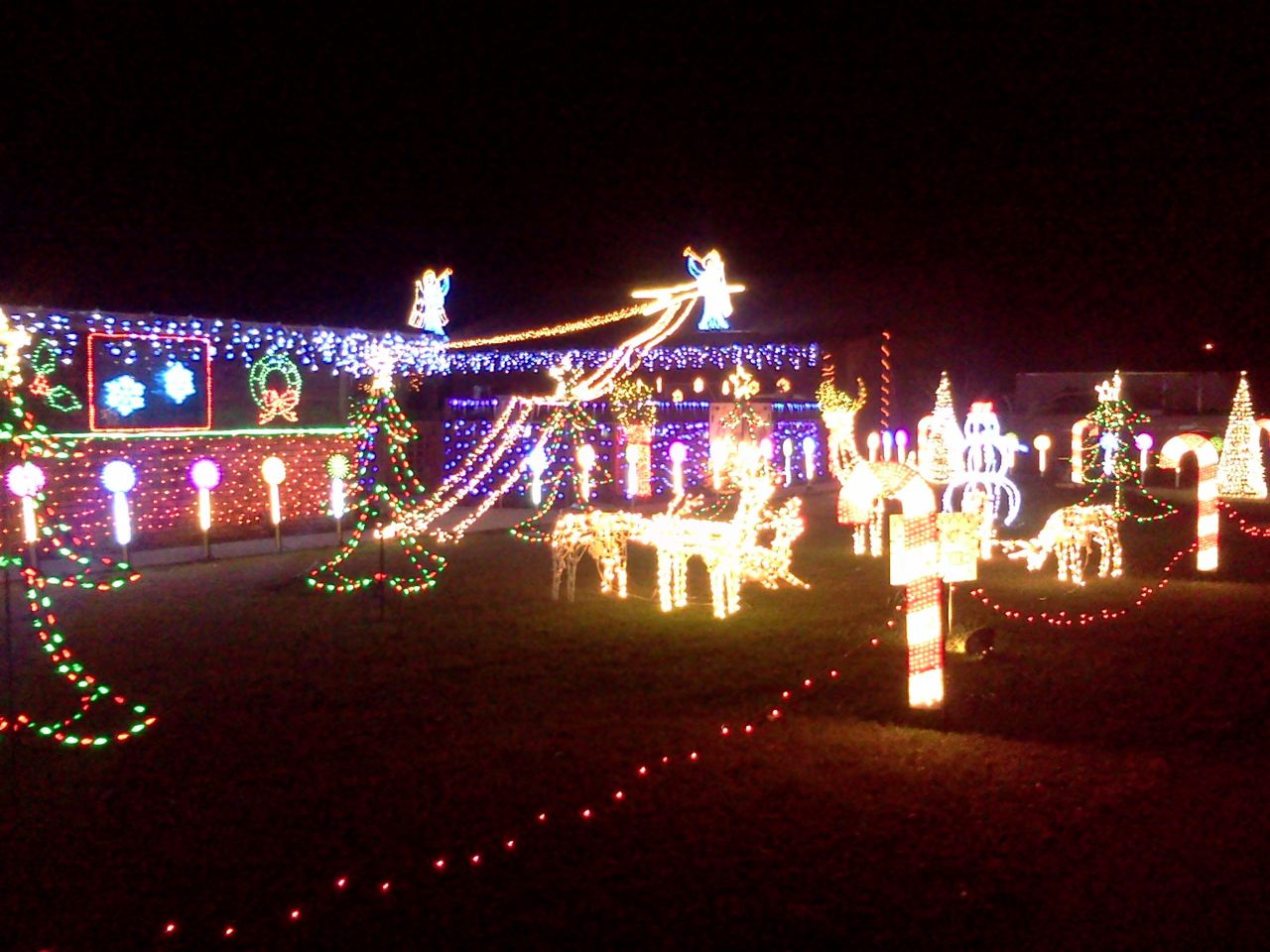 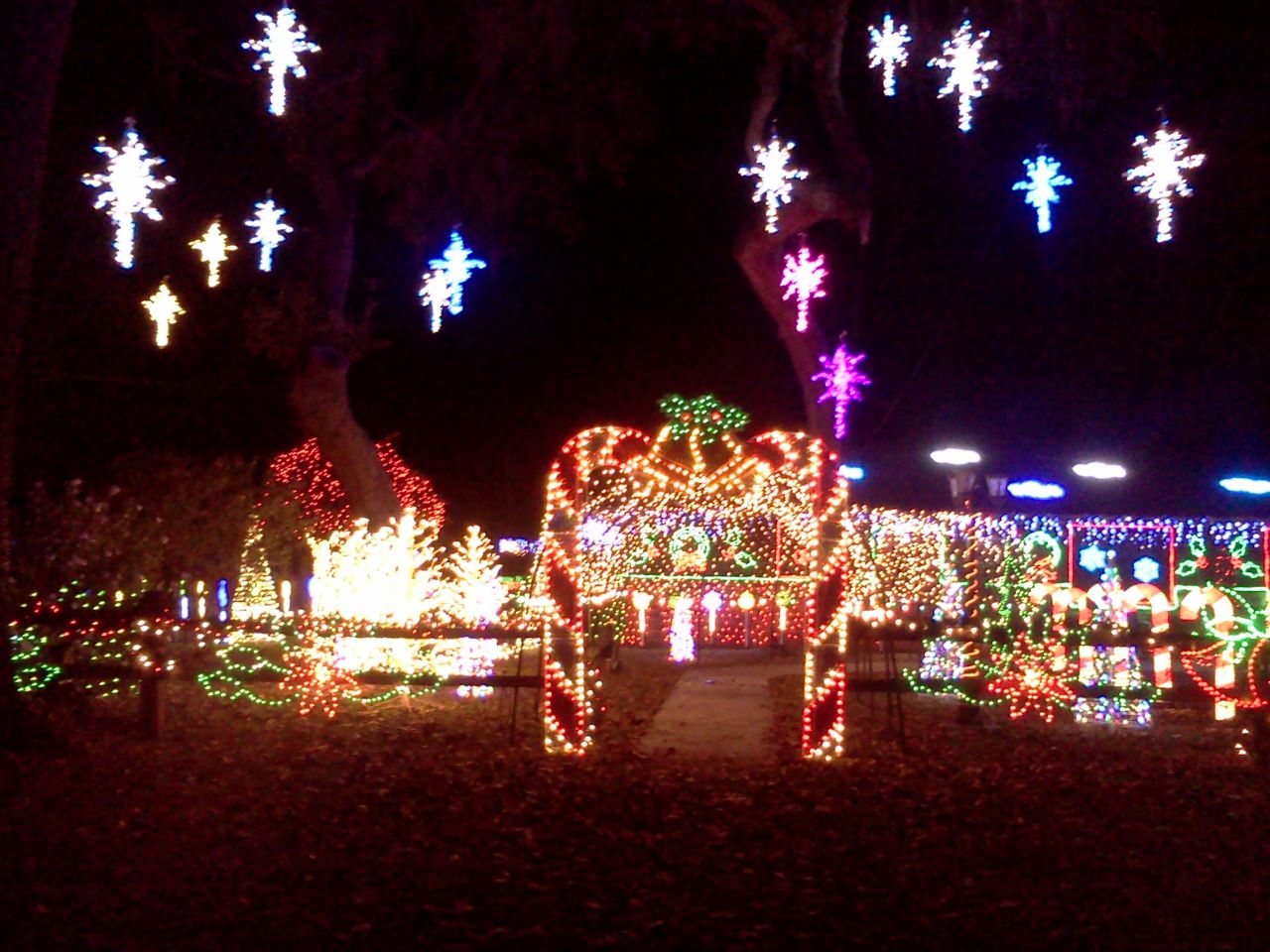 I'd planned on going to Bradenton for a long deferred visit but getting out of Orlando took hours, literally. Accidents and major traffic and detours - those plans went into the back seat. I called the first campground on the trip, near where I'm stashing the Turtle, and they had sites. Plan B went into action and a few more traffic bound, accidents along the way hours later, I pulled into my humongeous site (so big I didn't even know where to park. A woman helped me figure it out...sort of), got myself plugged in and did not much of anything at all except enjoy the peace and quiet here. 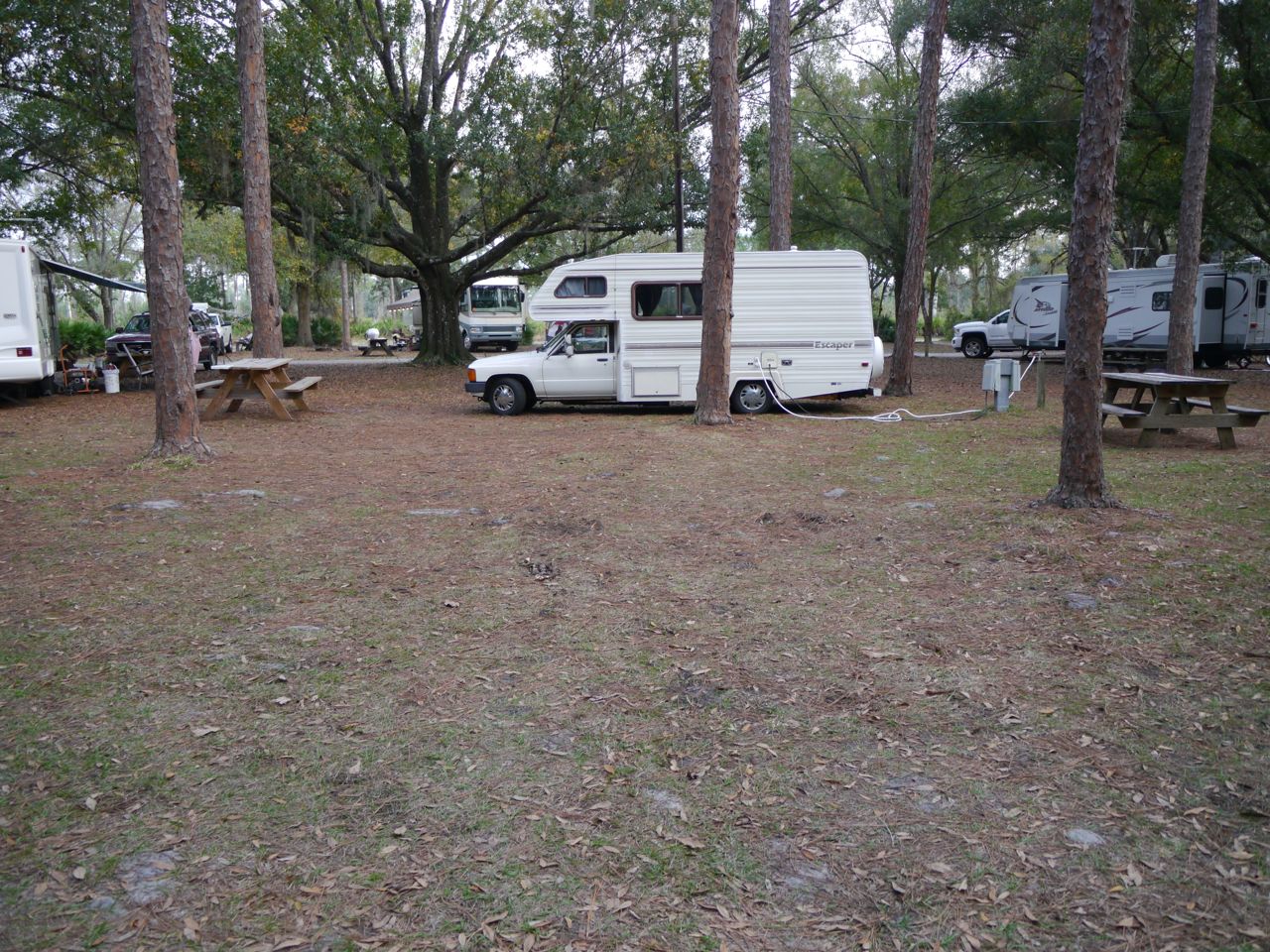 This is the place it was so very very cold at the beginning of the trip and it was in the high 70's last night, calling for 80's today. Amazing. Where did I put my shorts?

This is also the place where I saw the bear. 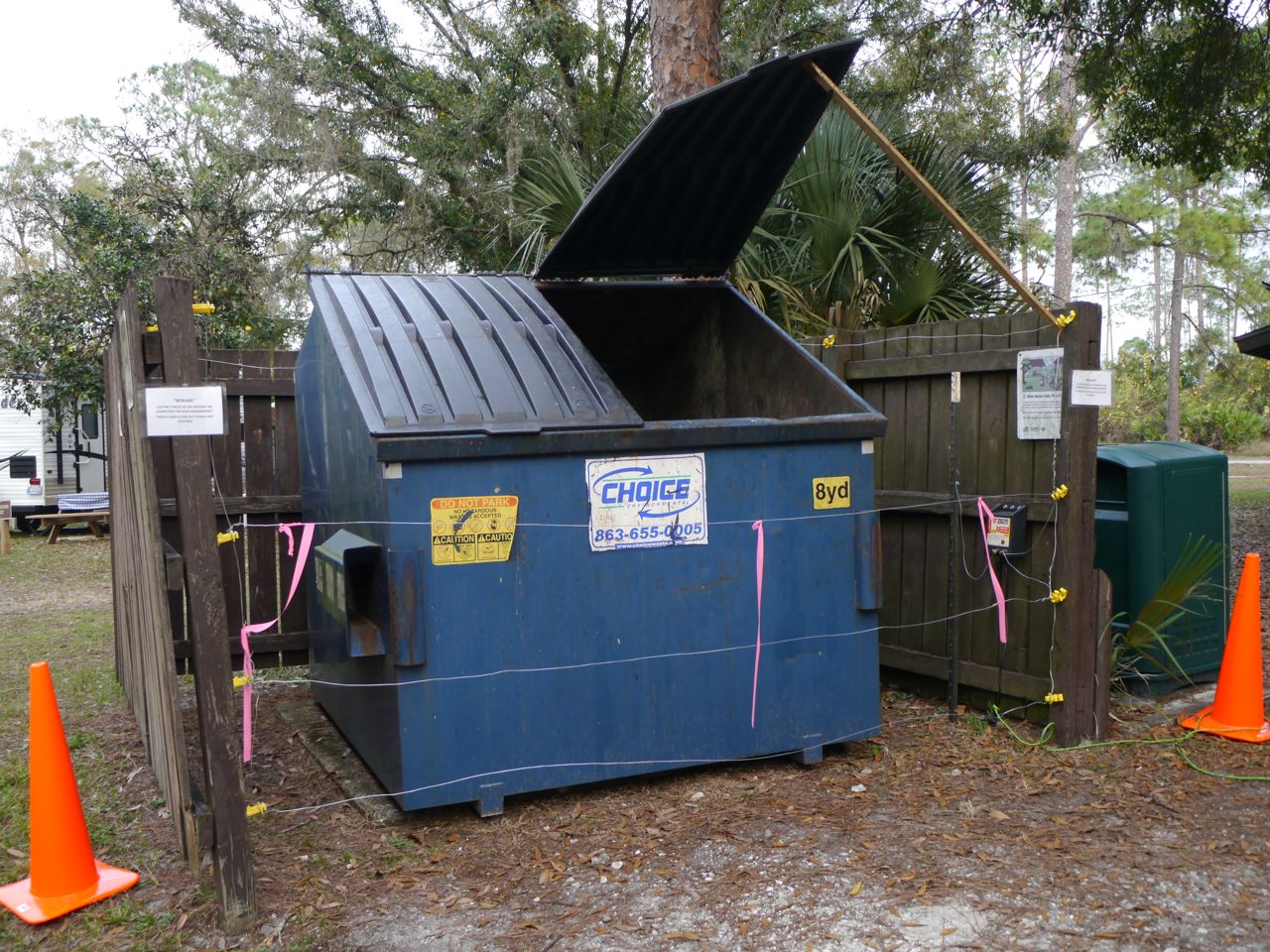 My brother will pick me up in a few hours and the Turtle will be left safe and sound until I return to take it for more adventures. It's been a great first run and if I could tuck it in my suitcase it would be so much fun to have it for tooling around the big island. But for now, it's adieu to the road from a Turtle point of view.

Next stop...I'm not sure where we're going. Stay tuned. 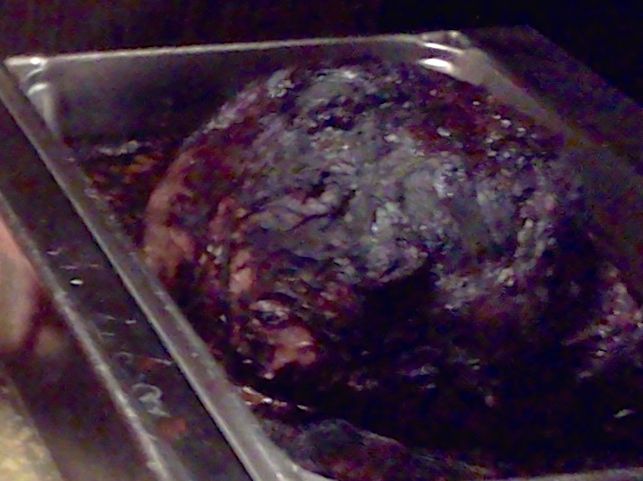 I ate good red meat
and I really miss being home
Those things do not mix.

I’m housesitting for Kelli and Dale, but the house is different, really big, with a pool out back and beyond and steeply below that, a jungle - the pool area all open to it. The dogs are more like professionally trained dogs, guard dogs, than the sweeties they are. Someone comes to the house with a big half eaten beef roast, leftovers from the restaurant. I ask what to do with it and the person tells me Kelli usually just tosses them out back for the dogs.

I think I want it farther, much farther, outback, but that explains the blood trails on the floor and patio. Down into the jungle I go, down down, when I see, on a sort of earthen shelf below me, a jaguar, sleeping. I’m thinking, because its coat was pretty dirty, I think that’s a jaguar. A LIVE jaguar. That is a jaguar. Movemovemovemove.

The jaguar wakes up and turns to me, not advancing, but in crouch form. I take the meat in my hand and sling it over the cat’s head and farther down into the jungle. I don’t want to look back but of course I do and he’s moving farther down to go after the meat but for a moment he stops, looks at me and growls. I’m now officially scared, the growl much much deeper than I ever imagined it could be and it was directed to me. In looking back I realize I’m walking on YEARS of roasts, piles of them and what I’m stepping on is tree limbs at the tops of trees, that’s how high the roasts go.

I get back into the patio/kitchen area and my son and daughter are offering to clean up the blood spattered floors (Sarah; No, I’ll mop, Elijah, you go start building doors) when Kelli and Dale get home. I realize I’ve not really cleaned anything up or done laundry and they assure me it’s not a big deal (Kelli: Yeah, I heard someone might have seen a jaguar down there. Dale: Don’t worry about it, you’re okay, the dogs are okay, it’s okay).

Moral of the dream: Next time, after a wonderful farewell dinner out with Francie, where we both ate rare roast beef for the first time in we couldn't remember how long, stay awake  until morning.
Posted by Island Woman MJ at 12/21/2014 07:16:00 AM 4 comments:

After a few days of physical ugh-ness, and that's all you want to know, it is time to head in a southerly direction. Of course, the weather chooses now to warm up. A little bit.

Yesterday a car pulled up and out climbed Sue, of Culebra Sue and Tuck, in the area for their usual winter migration. Tuck didn't come along but it was a fine and happy thing to see Sue. She got the full tour of Francie's digs before we went for a wander to the lake.


Later in the afternoon, when I was pretty sure I was on the winning side of the creeping crud, Francie and I took one more walk to the lake. It's a tranquil place to end the daylight hours.

Fishing people have been there the last few afternoons; for two days it was a father, mother and daughter, the mother and daughter, probably late 70's and 50's respectively, were happily serious about catching some catfish. The husband/father was setting up their chairs and poles, something he'd obviously done many times before. We talked about how they filet and cook the catches over the years, he giving credit to his mother in law for teaching him how to filet a fish.

This late afternoon brought other players.

The fishers always seem to be as tranquil as the lake. Maybe it's something in the water.

Thanks, Francie and Lake Panasoffkee, for putting up with my longer than planned bit of uggha muggha time. I'll be back, for sure.

With a bit of a stomach ailment, the trip south is being deferred for today. But we did take a brief walk down the street and a flock of ibis decided to fly over our heads for a confab up the road.

And that is about the most excitement I'm looking for today. It's a chilly morning still at what the thermometer online says is 54 degrees (up from 42 when I got up around dawn), bed and blankets are inviting me back.

Have a tropically thermal Thursday. Do something tranquilly temperate.

I've just read that Richard Kriss passed last night. I know no details, only that his presence will be greatly missed. There is a big band of talented musicians who have received another brother...